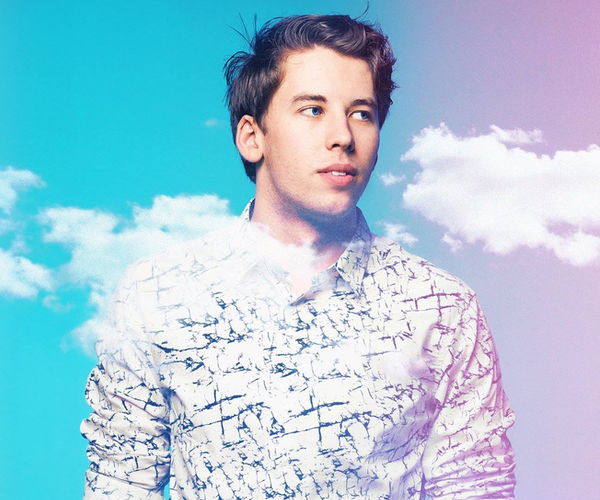 Australian producer Ukiyo has been a great find for us. In 2018 we came across his EP Fantasy which included the otherworldly track “Drive” and in 2019 he followed up with a mixtape and single “Humbug”. We’re big fans of this producer and we’re happy we had a chance to catch up with him. Take a look as he breaks down our favorite tracks of his and much more!

An interview with Ukiyo

The first demo of “Humbug” came about nearly 2 years before it was released, anyone that heard it knew it as the song that’d “never get released.” I moved into a house with Quincy from an EDM duo called Oriental Cravings last year & at one point we started building on the demo together and really liked what it turned into. I ended up putting it out late last year without any labels, PR or promotion as a fun little one to bridge the gap before my album kicks into gear this year & it was super fun to see how people reacted to a heavier Ukiyo track and to get a peep into that world. Getting the opportunity to get behind the decks with Oriental Cravings when they play it out has been a blast as well!

“Drive” came about during the peak of a Michael Jackson phase, it’s probably the only track I’ve ever made where I started out with drums because the core idea was that I wanted to recreate the amazing looseness & rhythm of the drums in “Don’t Stop ‘Til You Get Enough.” It’s also the only song (so far!) where I pulled out my old school saxophone to record some bits. I have a bit of a love hate relationship with the track because I felt like I didn’t do it justice in the mixing/mastering department, I always wished I could make it quite a bit softer and more dynamic like tracks were back in the 70s/80s but I had to bring it up to fit in with the rest of the EP. There’s a lot of little intricate layers that get a bit lost because of it, mainly in the drums, but I’m glad people enjoy it regardless!

My music has always been about escape to me, whether it’s escaping from stress, feelings, emotions, or just life in general. I grew up listening to & being hugely inspired by movie soundtracks that took me to another world, especially John Williams with Star Wars, Harry Potter, E.T, Indiana Jones, Jurassic Park….The list goes on and on. Music has always done that for me so I hope I can do that for others as well. The name Ukiyo is a Japanese word for living in the moment & detaching yourself from the everyday bothers of life.

2020 is shaping up to be my biggest year yet with an unreleased song getting featured in a huge feature film coming very soon, my debut album which I’ve been hard at work for a good few years coming out & a bunch of touring to surround it all. I’m ecstatic that everything feels like it’s falling into place at the moment.

My guilty pleasure at the moment is the new song from MEDUZA, how can a song be so catchy. If I’m listening to music it’s usually either a random jazzy hip hop playlist or one of my friends’ tracks. My absolute favourites at the moment are “Sushi in Tokyo” by DVNA, “All of Your Heart” by Odd Mob, “Open Spaces” by Just a Gent, “Didn’t Even Notice” by Alec Ferris, “Heart” by OTR…. The list goes on and on. I have some very talented friends.

The dream collaborators have always been Flume & Madeon. They both pioneered their own sound and I’d do anything to get a glimpse into how their minds work when it comes to music. It probably wouldn’t be the most productive session.

Music to me has always been about the emotion, either transporting me to another world or making me feel a certain way. I grew up always hearing chords in my head and fascinated with the different emotions you could create by combining them. I used to tinker away at our family piano for hours and write down chord progressions I liked.

I definitely connect with instrumentation over lyrics, though one of my favourite songs is “Fix You” by Coldplay. There’s something really special about those opening lines.