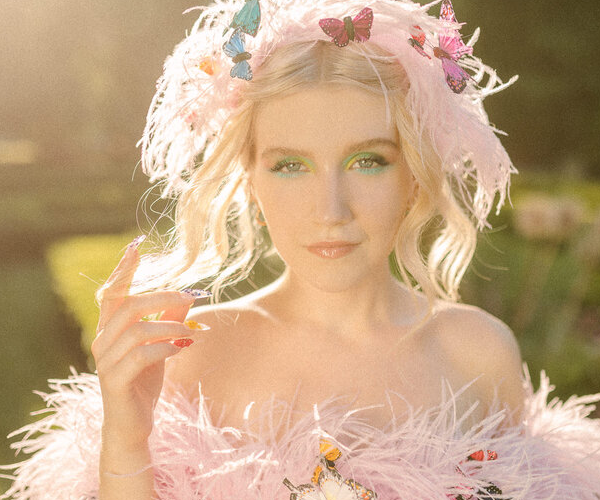 Singer/songwriter Anja Kotar caught our attention as a feature on the addictive new single “Friends”. The single is a collaboration with another featured act on our list, producer Sam Smyers. We had a chance to talk with Anja to learn more about her music and much more. Check out what she had to say below and be sure to listen to her new single “House Party” available everywhere!

An interview with Anja Kotar

When I first heard Sam’s instrumental for what would later become “Friends”, I immediately thought it was very uplifting and positive, so I wanted to create a lyrical and melodic story that would embody that sonic landscape. I was rewatching ‘The Office’ for the 4th time while I was working on the song and it sort of became about Jim and Pam. It’s for all those relationships that waiver between friendship and romance and are stuck in a cute little limbo of affection.

I wrote it a few months back when I was home by myself and had a nice evening in. I put on my favorite robe, ordered pizza, got some chocolate raisins (I love chocolate raisins!), and went on the couch. As I was sitting there, scrolling through Netflix and trying to figure out what I was going to watch for the night, a dumb joke song idea popped into my head: “I don’t wanna go out, I just wanna stay at home / Wear my favorite robe, tonight I’m partying alone.” It took me a few seconds to realize that actually sounded like a legit song so I ran to my piano and wrote House Party – a celebration of being home yourself, having a party, and loving it.

I want to present complex, everyday ideas and situations in a relatable and easily understandable way. Music is one of the most powerful mediums through which humans can connect with each other and my goal is to write about topics that unite; things that everyone has experienced in one way or another regardless of race, culture, or religion.

I’m very excited about the music for 2020. It definitely feels like all of the years of hard work are finally starting to pay off. My visual and sonic vision are more streamlined and defined than ever before and the music is the best I’ve created so far. I always strive to get better and top my previous work, and I think 2020 will show that 🙂

I absolutely love Rosalía – her whole brand and image are so clearly refined and beautifully executed. She’s a fantastic musician and a true 360 artist in the style of Lady Gaga – a type that is getting rarer nowadays. Her genre bending music is a much needed breath of fresh air and I can’t wait to see what she comes out with next.

Oh man, I’m still in the early stages of my career so any collaboration with a bigger name producer would be absolutely mind blowing. I just hope that I continue to grow, improve, and learn from incredible musicians.

As cliché as this sounds, ever since I can recall I had no other option for my life / future than music. It was inherently something I was always naturally drawn to; the best form of self-expression. As I grow older, I see just what a difficult journey one of music can be, full of obstacles and necessary hard work and resilience. But just like that little girl, I can’t imagine doing anything more magical. 🙂

One of my favorite songs of all time is Billy Joel’s Vienna and while the whole track is lyrical genius, this line especially hits home:

“Slow down, you’re doing fine /You can’t be everything you want to be before your time.”