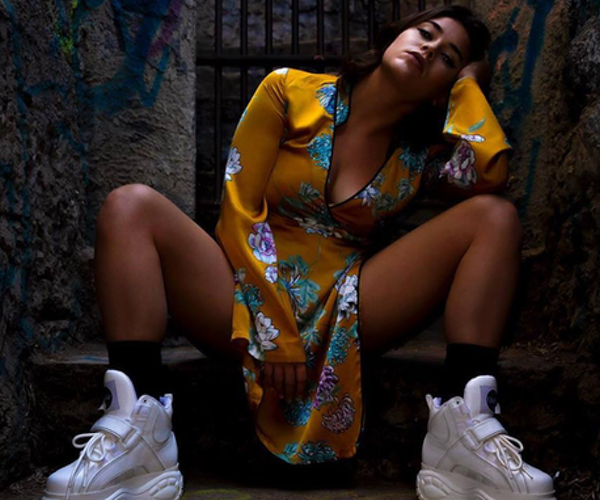 Cat Clark is the definition of versatile. The singer, rapper, songwriter delivers genre-bending tracks from edgy Hip Hop like “Vert” and “Young Rich” to floating Electro Pop jams like on Coast Club’s “Stay Here With You”. Can’t wait to hear what 2020 brings for this artist. Learn more about Cat Clark in our interview below!

An interview with Cat Clark

“Vert” was created when my friend RicFade came over to check out my new crib in LA. We were vibing and listening to his beats and I really gravitated towards this one. Two songs came out of that impromptu session, starting with writing and voice memos of the initial melodies and lyrics. He’s always been like a brother to me, so I feel very comfortable creating with him, and he also has a great ear for composition, both sonically and lyrically. The original version had a completely different chorus, so our final session came with that rewrite, as well as some tucked melodies and adlibs by RidFade. The writing depicts my *fuck what everyone thinks, this is how I feel* attitude that I express in some tracks. It’s just basically a lot about the feeling and melody to me, not super meaning based or genius lyricism. This song is fun to me; lighthearted with some relatable lyrics. Sometimes you feel a vibe and just have to express it to its fullest, so that’s what we did.

“Stay Here With You”

I have been good friends with the DJ group Coast Club for a while now, and we decided it’d be cool to collab on a new song. Trevor of Coast Club and I linked for a writing session and he expressed their desire to create a song about wanting to share a moment in time with someone, to “Stay Here With You”, as the chorus expresses. I went ahead and wrote some verses that depicted the feelings of love and companionship that I cherish the most. That is listening to vinyl, chilling out on a rainy day and being immersed in the sensory stillness that love brings.

Young Rich was actually written a good while before it’s actual release date. I was in the studio with Juss Swoop And JoPnda of OnBoyz. Juss Swoop put on one of his beats and I just started humming the chorus. They immediately took to it, and I was feeling it as well. So later I went back, wrote the whole song and recorded it with RicFade, who helped with the final vocal production, mixing and mastering. The song isn’t really about being “Young and Rich.” I was living in my car when I wrote it. Trying to work as much as I could in LA while escaping a crooked living situation, I was forced to sleep in my car and make a way. The song highlighted this feeling. “I’ve never been to the top before, but if i did I’d let you know how all the lights look from up here, how the city glows.” I understood something deeper about my humanity and that was the power of imagination because at this point in my life, I had close to nothing. To me, it was far more important to interpret a richness in my music and a story in my lyricism than it was to have the world on a silver platter.

I want my music to help them to get up and do something with their life because they see the light in themselves. I want them to be motivated by my music and I want to be able to share my drive and passion. I think the world gives us hidden gifts that we are meant to uncover on our own. I don’t want people to see my gift and to worship it like some artist desire. I want them to seek it in themselves. I want to see people living more consciously, and aside from my music, I have a dream of sharing my views and my vision with the world. Because no matter how important it is to make a hit record, it is even more important to me to leave the world with a more honest and rounded mindset than they had before. I think true art has the ability to translate those deeper ideals and connections between humans.

I am releasing a couple music videos come January, and a couple singles before a project I am really excited to release in the beginning of 2020. I also have some pretty big collaborations coming up that I will be able to talk about in the coming months!

I just discovered ASAP Ant, and his content is literally amazing. It’s super raw and rooted. It’s a very distinct feel as if you’re in the room watching the song being created. He has a lot of creative energy and I’m definitely curious why he’s not getting more publicity. I’m a big Key! fan and 777 is my favorite project thus far. His new single WHY! is also very good. I listen to Playboi Carti, Don Toliver, ASAP Mob, Saint JHN, Kill Nigel, Members Only, XXXTentacion, Xavier Wulf and Hollow Squad, Wu Tang, Lil Baby, Young Thug, etc. I generally prefer the underground rap scene.

I would love to collaborate with Playboi Carti. His style is so avant garde. I think he’s a true artist in a sense that his content is entirely abstract and unique. ASAP Rocky has always been a dream to work with because he also pushed completely new boundaries in Hip Hop. James Blake is one of my favorite artists of all time and he would have to be the number one collaboration due to his brilliant melodies, classical taste mixed with heavy synths and progressive production. His experimental nature is genius. And if XXXTentacion was still with us, he would be on this list. RIP.

Music is literally my life. I started playing guitar and piano when I was 8. When I was 15, my brother passed and music was the way I expressed my grief. I would write songs every day to open this emotional vein in me. I also underwent a very intense brain trauma when I was 17. It created a dissociative disorder and music was the only thing that kept me connected with my reality, literally. The condition lasted for about a year and then I was back to normal, but music was my greatest coping mechanism. I believe in the healing property of music and it has always connected me to my higher self. Ultimately, I love to vibe out with people and create things people have never heard or felt. So I have to do it. A painter needs to paint. A musician needs to make music.

“I should go now quietly, for my bones have found a place to lie down and sleep. Where all my layers can become reeds, all my limbs can become trees. All my children can become me, what a’ mess I leave, to follow.”- “Smother” by Daughter.

I connect with this because it is possibly the most beautiful lines of poetry I have ever read. It is such a precious depiction of the life cycle, and it really hit me emotionally. She is a brilliant artist.