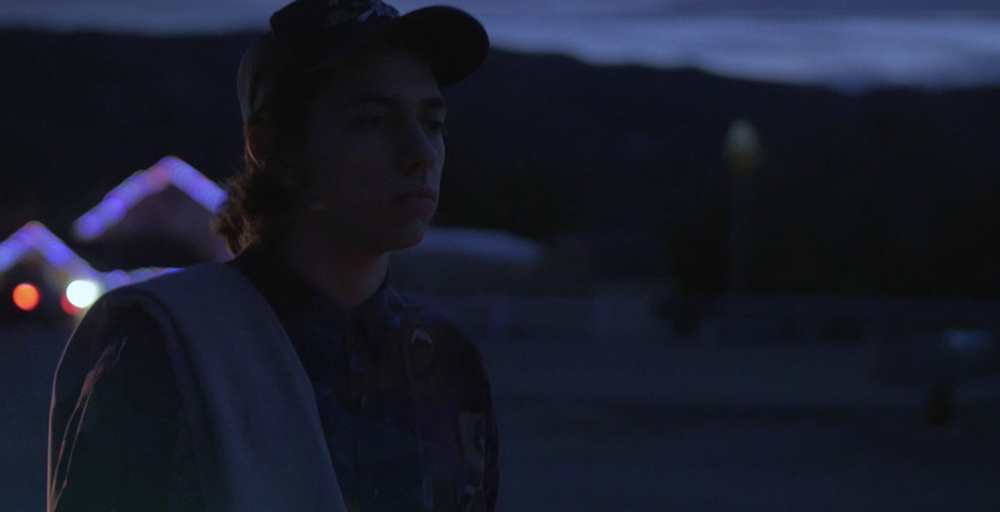 INTERVIEW: Alternative Artist As Was Takes Artistry to New Levels on ‘Good Mood’

Kosta Stanisavljevic, known in the music world as As Was is an artist with no boundaries. When listening to his music and watching his music videos you’ll realize that there really isn’t an artist you can compare him to nor a genre that he totally fits into. He has a natural ability of piecing together different styles of music into a track, like Folk and Rap, and making it sound so right. He is an artist in its truest form yet he probably doesn’t realize it because he is chilling in a zone communicating his thoughts through music in some wizardly way. When you listen to his new album ‘Good Mood’ you’ll identify how truly unique and authentic of an artist he is. We had a chance to talk to As Was to get more insight into his life and music.

You’re fairly new to the music scene. To paint a picture for those out there, describe your upbringing and what led you to music.

AS WAS: Had a decent amount of trials during my upbringing. There was plenty of love though, and plenty of oldies playing through the car speakers while my dad drove, and plenty of Heavy Metal playing out of my older brothers’ speakers while he drove. My brother bought me my first skateboard and pushed my father to buy me my first guitar, which most definitely sparked my musical Journey. 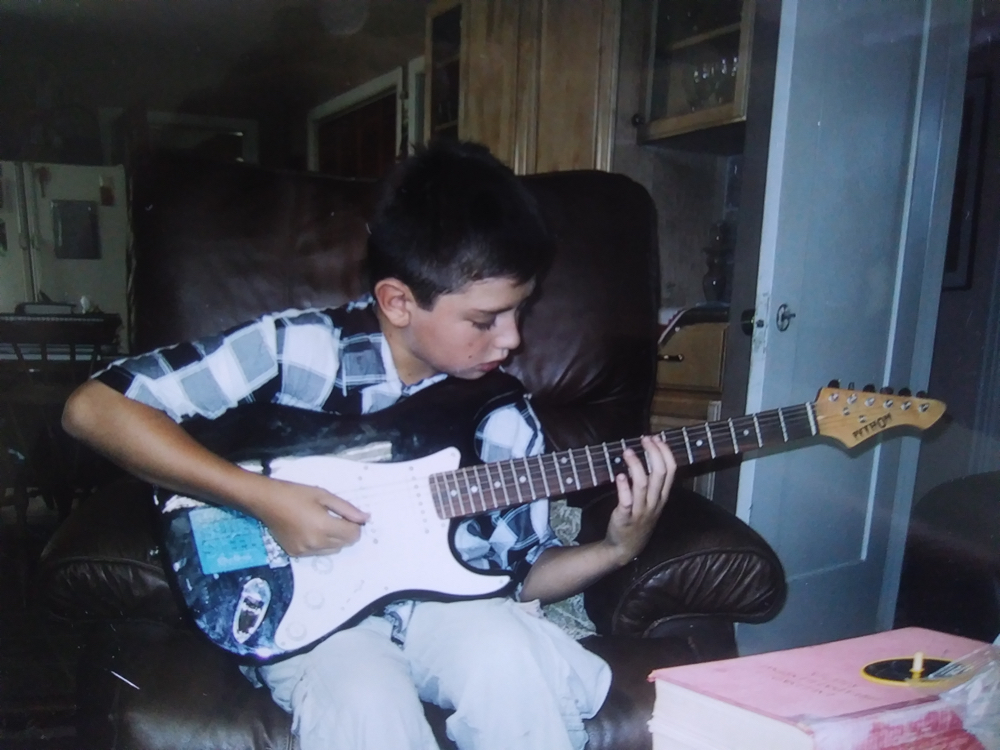 Music can mean different things to different people. What does music mean to you and what do you want listeners to get out of your music?

AS WAS: I believe music is more than just something to get you feeling. I see it as a way of connecting through a conscious and sometimes subconscious stream. I’d like for people to gain a new perspective on things and various topics while listening to my music, and of course, to connect.

You’re debut album ‘Good Mood’ just dropped this summer. An album that you recorded, produced, and mixed mainly on your own. Describe the creation of this album. Was the plan to make a full album or did it develop naturally? Did everything unfold as you expected?

AS WAS: I told myself and friends that I would not release an album until I had support from either a label or an agency. Well, one warm night, I was sitting on a beach in Mexico with my close friend Lis Craft who played all the strings on the album and then it just hit me, I said out loud that I was gonna do an album and give it out for free. Once I got back home I went straight to work. Even digging up a few favorites from years prior and re-recording them. So um, yeah my album ‘Good Mood’ was definitely a surprise.

When listening to your music a lot comes to mind. Authenticity, diversity, and versatility are a few things. There’s really not an artist comparable to you right now. What artists out there, if any, have played an influence on your sound?

AS WAS: Well, thank you for your kind words. Production wise Radical Face most definitely had an influence on me. There’s this body percussion thigh-slapping he does on his recordings that I remember sounding so cool with the rhythm of his songs. His album Ghost was recorded in a creeky shed, and made me realize that not all recordings have to be soundproofed, or in a studio, and perfect.

Speaking to the diversity and versatility of your music, it’s like your sound has no limit. In some songs you transition from a falsetto or Indie pop vocals to rap vocals. Was that all planned as if you wanted to make a certain kind of song or did it unfold naturally?

AS WAS: I rarely ever plan anything when creating music. I sort of go into a trance, losing a track of time. I let my feelings take over and I might end up singing the entire way through or I might end up adding a rap verse somewhere within the song. I might even end up watching skateboarding videos while drinking beer. I’m a bit serious about going with however I feel in the moment.

In May you released a music video for “737 Mental.” This is your fourth music video to date and first one off ‘Good Mood’. Describe the experience making this music video and how would you compare it to your previous videos. Are there any hidden messages or interesting facts about this video?

AS WAS: Yeah, this music video was a lot more personal than any of the others. It features my best friend Ian Papa, who passed away last year. It was the hardest thing I’ve ever gone through and still am going through. The director, Patrick Golan who was very close to Ian and who I also consider my best friend, did not want to release the video due to it not being up to standard at the time. After Ian had passed, and I had decided I’m going to go ahead and put out an album, I just knew the music video needed to be shared. I even wrote the song and recorded it in his garage while he was at college. After making the decision, I told Patrick how I felt and he was down.

“Storms” and “Knight” sounds like something out of the movies. The instrumentals are intense and carry such a cinematic feel. Describe the process of creating those tracks.

AS WAS: I was drinking an iced coffee on the street and began hitting the half-empty cup on my leg and really liked the way it sounded. So I went upstairs, closed my window, and started recording the beat. It ended up being the main sound you hear throughout my song “Storms”. I’ve always loved movie scores. Its pure magic when a cinematic shot matches up perfectly with the musical piece. While creating “Knight” I had a music video idea playing in my mind the entire time. Which may be the reason behind the songs cinematic feeling. 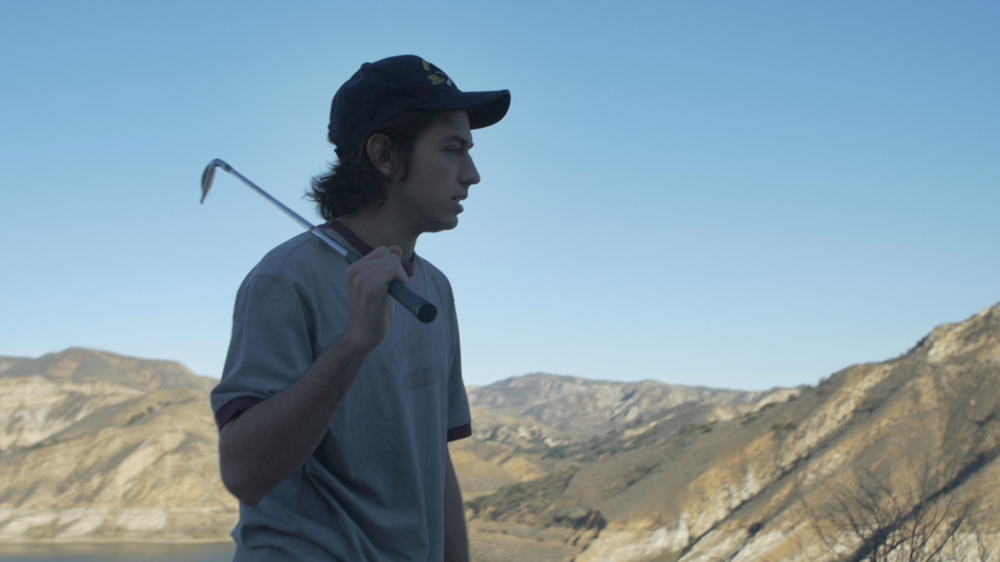 After releasing “La Familar 32.oz” and “737 Mental” leading up to the release of ‘Good Mood’, “Washed” is now the next single you’re pushing. It’s a fusion of Folk and Indie Rock with a mainstream vibe like something out of a Budweiser commercial. Tell us about this single and how it came about.

AS WAS: I picked up my friends guitalele and started playing a folk progression, and almost immediately came up with the vocal melody for “Washed.” I ended up borrowing his guitalele and tambourine and finishing the instrumental within a day or two. But something was missing. Due to not being able to come up with an original bass line, I ended up just throwing a very heavy sub at the end of the song to make up for the lack of bass throughout the track. Haha!

You’re currently unsigned but you have a team of people that have helped put this album together. Talk about the support you’ve received in creating this album.

AS WAS: Close friends and family of course. But I gotta say the two people who went all out in helping me with ‘Good Mood’ are Lis Craft and Tony Papa. Lis played all the strings on the album, helped choose the song order, and was there to listen at any given time of the day or night. I was blessed to have Grammy winner Tony Papa who has engineered for artists such as Weird Al Yankovic and James Brown, master the entire album.

We always like to get a pulse of what people are listening to right now. Give us a list of your favorite 10 songs at the moment.