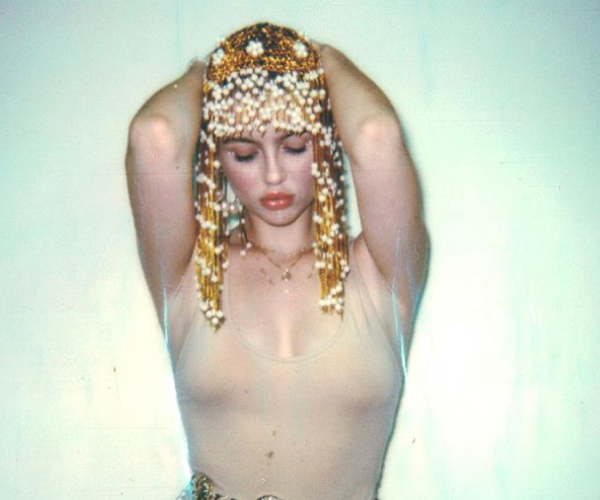 Bringing R&B/Soul vibes to our playlist in 2019, Lili Kendall is yet another favorite we’ve come across. The 22-year-old Australian-based singer/songwriter is readying her debut album ‘love, herself’ and we’re here for it! Check out what Lili had to say about her music, 2020, and more in our interview below!

An interview with Lili Kendall

I took a 3 week trip to Europe and my first stop was Copenhagen to see my friends Mads and Thor, aka the PitchShifters, an incredible production duo, who I ended up making a few songs with for the album, including “hallelujah”. It was like -12 degrees and snowing and we would ride bicycles to the studio every morning, which was incredible. I originally wrote the beginning idea of hallelujah in LA to a completely different beat that Mads & Thor played me at a writing camp we were both at. I asked them to let me have it because I loved it so much, they told me I could if I had a solid idea, so I spent my lunch break writing the first verse, pre and hook. When I got to Copenhagen we finished it and cut it and they did a complete 180 on the production, which made me fall in love with it even more. I think their only direction note was “take us to church” and they really did.

“i am my own” came from a time where I was very unsure of where I was headed personally and creatively. A huge transitional period, where I needed to hear something reassuring. I had already finished the track listing for the album, and was in mixing sessions for it. But me being a Gemini, got bored and restless while not creating new music, so I started doing a couple sessions a week again to write. I had my now favorite baby suit, Sergio Molina, hit me up on Instagram about a producer he was working with at the time, Camden Bench. It was good energy right off the bat, and our first session we ended up creating “I am my own” which for creatives that know, is hard to create something incredible you love the first time meeting. I went to Mexico the next week and laid on the beach with it on repeat in my ears and knew it had to be apart of ‘love, herself’.

I want people to have the same experience with the music that i have with it. It is a release and healing for me to write, so I hope that someone listening feels just that. I serve the music, the music does not serve me, I just get joy and purpose from allowing it to be my life… so if just one person gets something healing from it, and relates to the message I bare, that’s more than enough for me.

A lot! A new video me and my beautiful friend, Caroline Iaffaldano, created late this year, two new singles & of course my album ‘love, herself’. Plus more! I am focused on playing more shows for you guys in more places I’ve never been to!

You just inspired me to put my latest playlist public on my Spotify page! Here it is:

I’d love to work with more female creatives. I think it’s important we all give each other the space to create and evolve with one another, cause even though it’s getting better, we are still far and few out here. People i’ve always wanted to work with are Pharrell, Kanye, Rihanna, James Fauntleroy, Sia, Frank Ocean, Erykah Badu, Kendrick Lamar, Andre 3000 just to name a few.

I guess I find music therapeutic like mosts writers and creatives feel for their craft… I just try and create from a place that feels good and comes from a natural place for me, when something flows easy that makes you and the people in the room feel a way… that is some magical shit. sometime’s I know exactly what I’m writing about, it’s happening in my life right then, and sometimes it’s sort of predestined shit waiting to happen… or maybe I just manifest emotions and experiences through constantly listening and singing about them.

That’s an easy one! “We All Try” by Frank Ocean. The whole song is incredible but specifically that one line in the second verse: