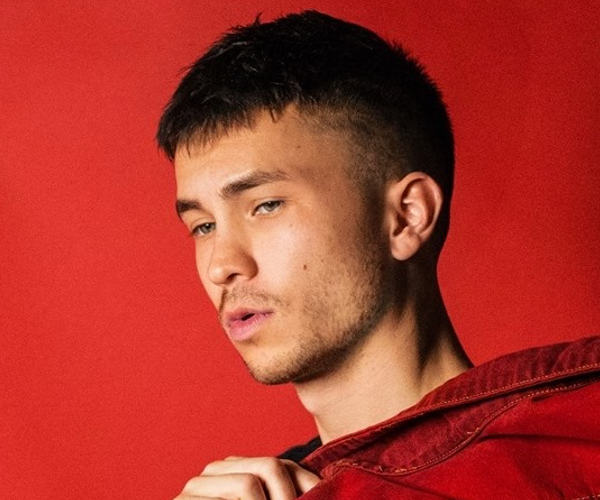 Swedish singer/songwriter Paul Rey has graced us with HUGE tracks like “Weak” and “Company” from his EP ‘Note to Self’ and more recently “GOOD FOR ME.” and “HURT.” We love the style of music he brings to Pop. Check out a preview of our video coverage where Paul talks about his music and what’s ahead!

An interview with Paul Rey

“HURT. came about with me having an idea of a chorus you know playing with the with the saying “love hurts”…”so if love hurts then hurt me good.” I had that idea like two years ago and I did another demo on another song where I sounded totally different two years ago and then I went into a session with KJ and NASA then used that idea and this song came out.”

“So my song good for me came about with me just having a session with the producer of the song on DiSpirito. It was the first time we ever met and actually a lot of my songs the first session that I have with the producer turns out to be a single so it happened with “Blue Sky” as well another song mine and then happened again with this one so it was actually yeah just good chemistry and we just wrote it on the spot.”

“I’m very devoted and I’m always a part of all the different steps of creating the song like when it comes to recording my vocals when it comes to choosing the takes, production, songwriting, even the artwork for all the singles I do myself. Even some music videos I’ve done myself so I’m very much a part of the whole creative process”

“I’m competing in Sweden’s biggest music competition that’s televised. It’s called the Melody Festival. None of you guys in the States probably know what that is but it’s the biggest TV show and thing in Sweden so I’m really excited about that and that’s happening in February and that’s gonna be my next upcoming single as well. I’m gonna perform with and it’s called “Talking In My Sleep.”

“Some artists that I love right now…Mack Ayers, Bruno Major, Mark E. Bassey. I’m listening to a lot of their records at the moment. So all those three artists are just amazing.”

“A dream collaboration for me would be with Bruno Major. He’s an amazing songwriter, producer, and guitarist. I listen to him a lot. He’s based in London so that’s not far away from Sweden so hopefully that can happen.”

“Music to me it means a lot. I started playing piano when I was 6 years old. I always wanted to perform. I always wanted to sing and and rap so it’s just been a part of my life constantly. Like one of the first memories I have is me and my brother listening to music and playing around to music and getting scared of Michael Jackson’s “Thriller”, like the laugh at the end of the song so music has been a huge a huge part of my life.”