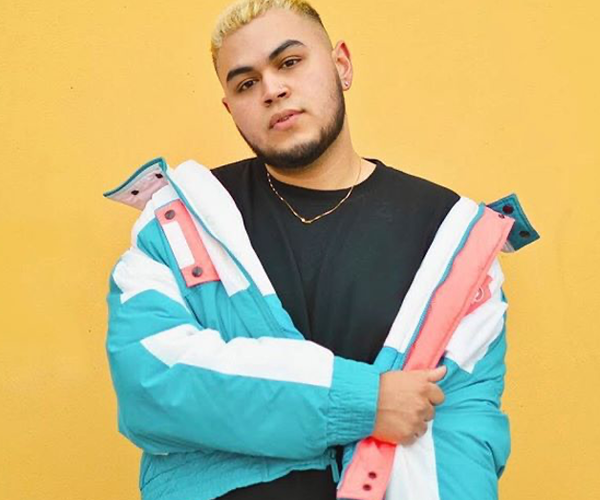 In 2019 Latinx singer/songwriter Ryen collaborated with two of our feature producers Sam Smyers (“Bailar”) and nicopop. (“Virtual Healing”). By reading below you’ll find that Ryen has big plans for 2020 as he’s ready to release more music than ever and we can’t wait. Check out our interview below!

An interview with Ryen

“Bailar” process was really cool, realistically I feel like the universe made that song come together in what felt like in the blink of an eye. I met this producer named Sam Smyers from Los Angeles who reached out to me via social media and from there he sent me a pack of beats and the beat which is now the one for “Bailar” was in that folder and it hit me with instant inspiration and next thing you know 30 minutes later I hit a stride and got lost in the vibe and recorded the entire record right then and there. The song doesn’t have any direct inspiration but it being a fun, universal, and enjoyable record for everyone. This is my biggest song to date sitting at 125,000 on Spotify alone which is pretty cool.

“Virtual Healing” was a feature I did for Kyan Palmer (recording artist) , and NicoPop (producer) who also reside in Los Angeles. I can’t remember how we got in contact honestly but I just remember us following each other on social media and getting and email about the song and I instantly fell in love with the concept. I think I was vacation or something when they sent it to me so I got back to the song super late when I was in the studio and forgot all about it but listened to it via email and then was instantly inspired. I then threw it in my recording program and cut the record with my vocals and sent it right back to them and they loved it, and the Nico did his thing finishing up the mix and production and  we ended up with a smash that just hit 100,000 streams on Spotify.

What I want fans to take from my music is therapy, inspiration, and motivation. I want to change the world with my music and be there for people just like me who think they are different and like no one understands them. I don’t create music for the attention or the luxury it can one day come with but I want to push boundaries and change the spectrum, and be the first Latin artist to break storm coming out of the U.S.

What fans can expect from me in 2020 is more music than I’ve ever released previously. I want everyone to understand where I’m at mentally and musically and where i’m also headed musically therefore i’m going to drop the whole arsenal i have stocked up in my folders. People will see the real me in my most vulnerable form and see what I mean when I say I am now pushing boundaries that have not been touched.

Right now I’ve been listening to a lot of different music ranging from urban hiphop artists like Roddy Ricch, Young Thug, all the way to really artistically inclined artists such as Frank Ocean, BROCKHAMPTON, All Time Low, Kid Cudi etc.

I get asked this a lot but honestly I don’t know yet, I haven’t thought it out enough or can think of anyone it’d make sense to work with yet. God, and the universe will decide that when the time comes I guess. What I will say though is that Brendon Urie from P!ATD is the music G.O.A.T.

What music means to me is therapy and the best form of expression I have. Music was the first gateway I found to free myself from my personal doubts and feelings I kept bottled up and experiences I was going through that my heart and mind needed to speak on. I sometimes feel like music saved me from steering into the wrong direction and is a huge factor to my happiness because I am able to vent all the negativity or even a positive impact in my life through songs.

One of my favorite lyrics from one of my songs would have to be from an unreleased song (*sorry for the tease haha) the lyric is in “Honestly i’m so afraid to live my life alone, this world is missing empathy I want to hold you close.”