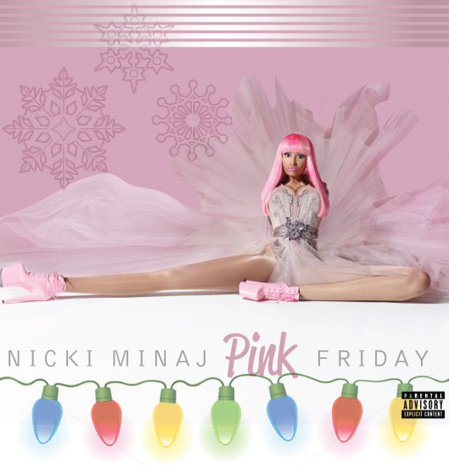 With Halloween officially over the music industry pulls into 5th gear as a busy holiday season of album releases begin. The past few weeks have already seen big 2010 appearances by Kings of Leon with Come Around Sundown (Oct. 19.) and Taylor Swift‘s Speak Now (Oct. 25), but there is much MUCH more.

We start off with a series of releases on November 2nd as Mariah Carey brings the Christmas cheer all over again with Merry Christmas II, a follow up to a successful 94′ holiday album. Good Charlotte gets your heart beating again with their latest effort Cardiology, while N.E.R.D proves Nothing will stop them from making great music. Lastly, Pitbull comes on the attack with his first ever Spanish studio album Armando.

November 9th sees four releases including Creed spin-offs Alter Bridge with AB III. Kid Cudi returns to the Moon with Man On The Moon 2: The Legend of Mr. Rager, and Susan Boyle looks to add to her storybook career with sophomore effort The Gift. Rounding out November 9 releases is Gnarls Barkley vocalist Cee-Lo Green with self proclaimed Lady Killer.

We see our busiest day on November 16th as Loud becomes mega popstar Rihanna‘s 5th album in 6 years. American Idol Season 9 winner Lee Dewyze releases his debut album Live It Up, Nelly turns “Just A Dream” into a reality on 5.0, Kid Rock puts the peddle to the metal on Born Free and P!NK gathers up the hits for Greatest Hits…So Far!!!. We also see something special for fans of “The Boss” Bruce Springsteen as he releases music cut from previous albums and unreleased footage of him and the E Street Band in a 3 CD/3 DVD box set called The Promise: The Darkness On The Edge Of Town Story. Finally country music gets wild with releases by Keith Urban Get Closer, Rascal Flatts Nothing Like This, and Norah Jones …Featuring Norah Jones.

As we head closer to Black Friday the Hip Hop’s big guns come out. Monday November 22nd features the highly anticipated debut by female MC Nicki Minaj with Pink Friday. Coming off a rough 2009, Kanye West looks to rebound with the much talked about My Beautiful Dark Twisted Fantasy and Jay-Z gets avid hip hop fans in a frenzy with The Hits Collection Volume One, a double CD & Vinyl 32-page book box set. Sure to add something for the club Ke$ha arrives with a beast of an album, Cannibul. My Chemical Romance makes damn sure there is something in it for rock fans as the band releases Danger Days: The True Live of The Fabulous Killjoys.

Just when you thought Thanksgiving Week couldn’t get any fuller, even more big names head into the mix on Tuesday November 23rd. Bieber Fever continues as teen pop sensation Justin Bieber releases My Worlds Acoustic a gift pack to his fans for the holiday season. Akon looks to define his status on Akonic, and Ne-Yo finally releases his 3rd studio album Libra Scale. Don’t forget Lloyd Banks on this Thanksgiving Week as he looks to get his buffet on in Hunger For More 2.

November 30th Hip Hop and R&B dominates. Soulja Boy looks to march to #1 with The Deandre Way as Black Eyed Peas take it back to The Beginning. “Get Low” rapper Flo Rida looks to set the record straight with new album Only One Flo. Two R&B songbirds round out the day with Jazmine Sullivan saying Love Me Back and Chrisette Michele bringing her rap skills to Let Freedom Reign.

December 7th holds steady with five new releases. Duffy loves you Endlessly as Daft Punk makes a splash with the highly anticipated soundtrack to movie Tron: Legacy. Natasha Bedingfield looks to bare all on Strip Me and Plain White T’s‘s release a 14 song set called Wonders of The Younger. With his second album in a month Pitbull takes off to another world on English speaking studio album Planet Pit.

Things start to wind down but not before several big names make their mark on 2010. Diddy‘s Dirty Money crew head on a crash course December 14th with Last Train To Paris. Ciara takes you for a “Ride” on Basic Instinct and American Idol runner up Crystal Bowersox releases her debut album Farmers Daughter.

So there you go, 40 reasons to head to iTunes before the years end. Always keep your ears open as new releases by Jay-Z/Kanye, Lady Gaga, Dr. Dre, T.I., Beyonce, Snoop Dogg, Keri Hilson & Willow Smith are all on tap for 2011. Remember though like fall leaves, album releases change as well so keep it locked to We Live FM for continuing updates!

This site uses Akismet to reduce spam. Learn how your comment data is processed.