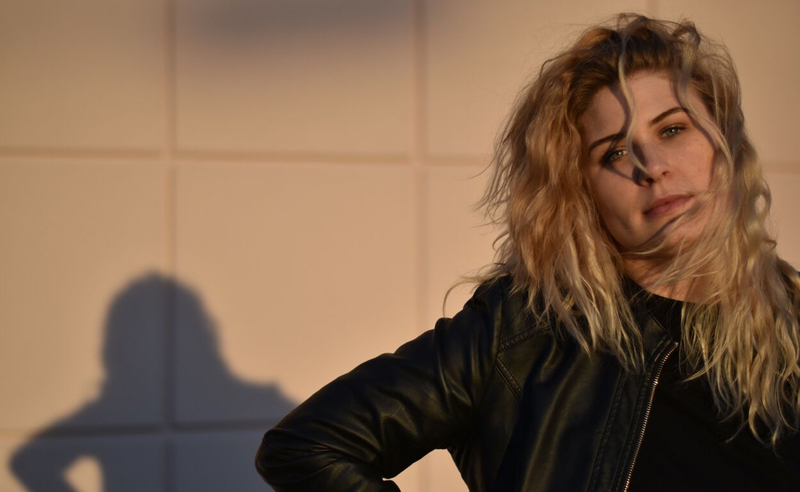 INTERVIEW: From Crowdfunding to Activism — How Jen Miller Is Paving Her Own Way

Last year I came across a pretty dope song that caught my attention. It was called “My Type” by singer/songwriter Jen Miller with production by Jake Vicious. There was a unique quality to the single that had me interested in hearing more from the artist. As each month went by she released a new single that kept raising the bar. When listening to Jen’s music you can expect lyrics that touch on deep social topics and it carries over into social media where she stands up for what she believes in. From crowdfunding, to activism, to writing and producing music, she leads a very active life. We’re inspired by her hustle and passion for life and we have a feeling you will be too. Get to know more about Jen Miller through our interview with her below.

NXTSTYLE: Anyone that follows you on social media knows that you live a super active life. As some artists may get overwhelmed with anything beyond music you’ve devoted a lot of time outside of your craft like running GirlGangMusic.com and advocating for many causes special to you. What drives you to be so active?

Jen Miller: Honestly? Genetics. Hahaha. Both of my parents work extremely hard and my entire family never stops moving. And I’m super ADHD and definitely struggled with that a bit as a kid in school. I just wasn’t interested in what I was learning and hadn’t learned self discipline yet… now that I’m focused on things I love, like music and advocacy, it’s a lot easier to work hard.

NXTSTYLE: You seem to be very hands on with your music career. You’ve crowdfunded a few of your albums and stay very active on social media. In the process you’ve racked up almost 80,000 plays on Spotify for your single “Down” and have also been featured on official Spotify playlists. For those trying to build their brand on their own what methods have you found to be most effective? What are some of the struggles you’ve experience along the way and how have you attempted to overcome them?

Jen Miller: Haha, thank you! I feel like 2017 is a very fun time to be an indie artist. You no longer have to tour with no budget or drain your money on studio time. Now everything is so much more DIY, and I love it that way, because I’m self taught on all instruments, singing, producing… but I also think it enables me to be really hands on throughout the creative and release portions of the process. My advice to those trying to build brands is to be cognizant that they are doing that: building a brand. Run your stuff like a business. Return e-mails quickly. Send thank you notes. E-mail like a human being, not a robot. People like you better if bring them some sort of value to the table, so I try not to ask, “can you do ________ for me?”

NXTSTYLE: Taking us back to the start of Jen Miller the musician, what got you into music and wanting to pursue a career in music?

Jen Miller: I’ve always been a music lover, but never really started focusing on music until I was 17. I had a few knee injuries playing soccer at the time, which resulted in me having to quit. Pretty classic “blew-your-knee-out” story, but ultimately, I needed an outlet and something new to pour my time into. YouTube was just starting, so I started filming originals and covers before I even told my family about it. LOL I just wanted someone unbiased to tell me if I sucked or not. 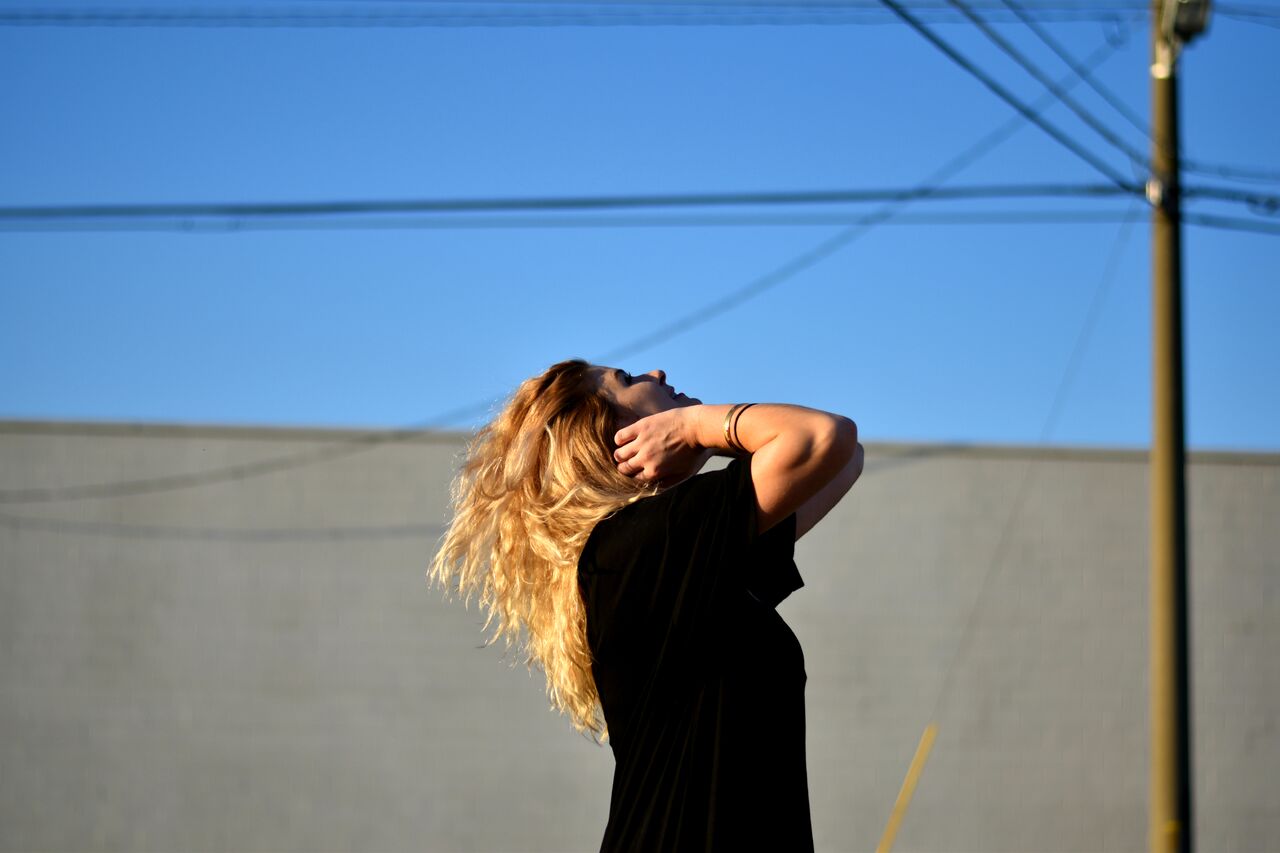 NXTSTYLE: I’m always amazed at your songwriting. Each song seems very personal. Do you find it difficult to be open or is it therapeutic for you? What advice would you give young singer/songwriters who are going through their own personal struggles and have doubts about revealing those experiences and feelings in their music?

Jen Miller: Thank you! Not every song is personal, but they’re always personal to my network… if that makes sense. My friends and family, and… city… often inspire what I write.

Hmmm… Well, this is actually the first indie pop music I’ve ever written or produced. My previous projects were much more sad-girl-with-guitar. So, my advice to people is to keep innovating. I was getting bored and creatively unstimulated, so I started to teach myself to produce electronic things in Logic. There’s always something new and fun to remind yourself why you love writing.

Advice to people who are writing but scared to show their feelings? Well, every time I’ve been scared to show something to someone, it’s always been their favorite thing I’ve ever showed them. Statistics don’t lie, people.

NXTSTYLE: You’ve developed an amazing chemistry with producer Jake Vicious from House Studios. From vocals to lyrics to production everything blends in seamlessly. Take us through the process of creating a track with Jake?

Jen Miller: I love that dude. He’s the best. I always say that working with Jake is easy because he acknowledges that creating art of any kind is 90% mental, 10% doing. He’s always understanding that I’m not always there mentally and sometimes need a little help, lol. He knows when to push me to do something again, and knows when to let me cancel a session.

The creation process with Jake is never really the same, but a few things have been consistent so far. I usually come up with an idea on the road, in my bedroom, or in my mind. I start creating the “skeleton” production of it and then send a demo to Jake. Those demos come in all shapes and sizes. Then we usually get together and spend a whole session… ~6-9 hours working on it. You can very much hear Jake in all of these records and I love that. He’s got a really unique taste in music that matches so well with my own, so it seems to come together.


NXTSTYLE: You’ve collaborated with Jake on a musical project called “A Single Per Month”. Each month this year you’ve released a single you’ve worked on together. When people listen to these collection of songs what do you want them to take out of it the most?

Jen Miller: I want these songs to be an introduction to me. Hopefully I meet most people who hear them, but if not, I want them to know that I am not a monolithic person. I’ve never really known how to reconcile the parts of myself that feel mutually exclusive. I love that all these records hold an extremely personal story to me, but that most people won’t know what I’m saying. Honestly, that summarizes me pretty well, and I think it summarizes a lot of our emotions and life experiences. But what do I know?

NXTSTYLE: You’ve both stated on social media that your latest single “Hometown” is very special to each of you. Describe the connection you share with this single.

Jen Miller: “Hometown” was written over a guitar loop I recorded in 2011, hahaha. I don’t know why I had it recorded or why I saved it…because I literally lose or accidentally delete everything… but I found it one day when I was home for a wedding recently. I put it on loop and the first verse came to me at a Panera. How OHIO!! LOL So then I went home and produced the snyth you hear around it and realized the tempo changed after the first verse. When I brought it to Jake, he was like, “no problem, we will make each part a different tempo”. PROBLEM SOLVED.

The song is about the nostalgia of home, and how it feels so close and so far away all at once, after you’ve “grown up”. I have so many memories in Columbus, Ohio that are incredible, but they feel a bit sad when I’m not around, and neither are so many of my somebodies.

NXTSTYLE: I have to mention “My Type”. This song was the first time I heard your music and was quickly drawn in. Once I heard the song I tweeted that it reminds me of a song that should be played on an iTunes commercial. It’s a unique burst of sounds and styles that you wouldn’t think would work together but it sounds so perfect. Talk about the creation of this track?

Jen Miller: So, this song is about a friend I’ve known since I was five years old. She is gay, and also was raised Catholic. She fell in love with a girl; A girl fell in love with her. They couldn’t be together because #heteronormativity, but I was inspired. So I went to write.

I found this saw synth sound (the main sound) and changed the tone to it. It felt like some toy accordion – like some carnival ride almost and I loved it. I wrote the whole song around it, except for the Pony remix part, hahaha. That part Jake and I just kinda did as a joke but were like… IT’S LIT. SKRR SKRR. HAhahaha. Anyways. In my head, I really wanted the lyrics to reflect the religious part of my friend’s story, because so often I feel religion creates a lot of guilt for people regarding their sexuality. So the metaphors are there. Jake totally grabbed onto the concept with the organ sounds and the jarring production you hear with the drop and 808s. We brought in an amazing bassist to do session work and track live bass. I wanted it to feel STRONG. No bullshit. Straight up.

NXTSTYLE: I love the cover art for each single. It captures a piece of each song in a very unique way. Who created the artwork and talk about the connection you have with the concept?

Jen Miller: Thank you! My best friend, who I met my sophomore year in college, Lauren Campbell did them. I’d send her the song and lyrics and let her sit with it for awhile. Then we’d use phone calls to talk about these arts as our reason to catch up… it was awesome, and on the calls we’d just kind of talk about the song. Each one you see is usually a drawing, water color, then digitally photographed and retouched. She’s amazing!

NXTSTYLE: You run a blog called GirlGangMusic.com where you feature empowering women that have made their mark in music. As I can imagine it would be hard to highlight just a few but who has made a profound impact on you in your experience running the site?

Jen Miller: I do! I love running Girl Gang… it’s helped me meet so many inspiring artists and creators. As our community grows, I’m focused on how we can connect those more established women in music with those who are up-and-coming. Some incredible artists I’ve stumbled across and loved include:

NXTSTYLE: We had to get a short playlist of your favorite artists for us to look out for.

Jen Miller: You got it. I’m gonna feature a lot of women, but some dudes here:

NXTSTYLE: Finally, what can fans expect from Jen Miller in the second half of 2017?

Jen Miller: A single per month! A music video! A brand partnership! More ways to get to know me, especially a lot of social content and documentation.