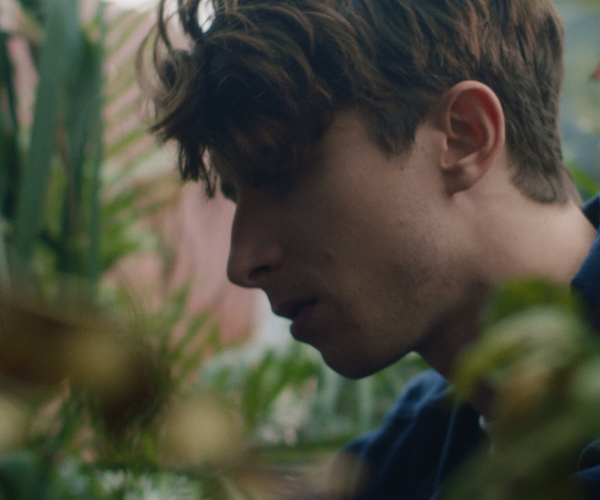 UK singer/songwriter Zac Pajak got our attention very early in 2019 as a feature on NUUXS stripped version of her single “Patient”. Since then Zak has delivered two singles along with amazing acoustic versions of each. Read our interview with Zac to gain a closer look into his music and much more!

An interview with Zac Pajak

“Again” was one of those songs that felt like it just wrote itself – pretty quickly – at a time when I was just having fun writing and collaborating a lot. Making music, for me, is about exploring creatively. I think it’s important to keep experimenting and trying new things in the studio, and that’s why I love co-writing with lots of different people, bouncing off each other’s ideas.

This song was written and produced with a good friend of mine Jackson Dimiglio-Wood and the production duo One Bit (Joe Murphy and Jonty Howard), those guys are some of the best producers I know and the whole thing basically came together in an afternoon!

“Again” signified a kind of shift in direction for me – it wasn’t a conscious thing, I was just starting to be a bit more free in the studio and in the kind of songs I was writing.

I started writing “Not Around” about two years ago, at a time when I was always on the move – working in Europe in the winters and gigging around the UK in the summers. I didn’t really mind the lifestyle until the right person came along, and then I couldn’t bear not having them around. I took the idea and a half-written song into a session with Jake Gosling while we were working on the EP – and the rest of the song just flowed out really easily.

The song is basically about missing someone, but also about finding a way to live with their absence until you see each other again. It was inspired by my girlfriend, but it also made me think about a friend of mine who passed away a few years back. It’s about not allowing that absence to totally consume you. There’s a strange clarity that can occur when you try to make sense of it – the realisation that ultimately happiness, or peace, comes from within yourself.

“Patient” is about the highs and lows of a relationship in it’s early stages. It’s about understanding our insecurities and working to overcome them. I love the subject of the song because it’s something that not many artists choose to talk about, so I was stoked to be asked to feature on it.

NUUXS is like a big sister to me, we’ve become really good friends and we love writing together – it’s always fun. The songs come easily because we know each other well and we can both be really open with each other. I’m so happy to have co-written with her on a handful of songs on her recent mixtape – I’m sure we’ll be writing together loads more in 2020.

Although I’ve been co-writing for other artists for a little while now, I really feel like I’m just getting started with my own artist project. There a so many different sides to the songs I’ll be releasing in 2020 which I can’t wait to share with everyone. As an artist and writer, my sound is always evolving and so, of course, I hope to take fans on this journey with me.

I try to write lyrics that are real and honest. It doesn’t always have to be poetic even – it just has to be you! I hope that when listeners hear the songs they think “oh, yeh, I know that feeling, I can identify with this”. To touch someone, to move someone, to help someone understand something, or to process something – that’s what you want a song to do.

Well, I’ve got a very busy year ahead! My next single “Retrograde” is being released at the end of January and this will be followed by another single before the ‘Early Hours’ EP is out in March. It’s taken some time to put these songs together but I just wanted to share something I was really proud of. There’s a real mix of styles across the six tracks but each and every one of them shows a different side of myself as an artist and the music I love creating.

I’ll be announcing an intimate ‘Early Hours’ EP Launch show in London nearer the release. Then there will be lots more shows to follow in 2020! Playing live has always been something I’ve loved doing – I’ve spent a few years gigging on the Apres-Ski circuit around Europe which has been amazing – and playing your own music live is a buzz like no other. I hope to play a few more festivals this summer too – I still love going to UK Festivals so it’s a dream of mine to play more of those!

I’m a big fan of NAO – she’s such a unique voice and I think her sound pushes a lot of boundaries.

I was a little late to the party but recently I’ve been listening to a lot of Billie Eilish. “When The Party’s Over” is just one of those goose-bump songs. Other tracks at the top of my playlist at the moment are “Hey, Ma” by Bon Iver and “Precious” by Kevin Garrett. I’ve also listened to a lot of Mahalia and Tom Misch this year.

As for guilty pleasures – Gabrielle – my girlfriend is a huge fan and there’s no denying that they are incredible songs!

There are so many awesome artists and producers out there it’s difficult to pick just a few! SG Lewis would be up there for me – I think we’d make something great and I’m a big fan of his sound.

Others producers I’d love to work with are Grades and Maths Time Joy. Also having co-written the Major Lazer record “Tied Up” last year, I’d really love to do another collaboration with Diplo for my own artist project… imagine that!

I don’t really come from a very musical family, so it’s all a bit surprising! Growing up, I think I listened to music to find the words and emotions I was looking for to better understand my own feelings and experiences.

Writing songs is just how I process stuff, it’s how I say what I want to say. My friends would tell you I’m not a big “talker” – so I find it really therapeutic to just write. All the big things that have happened in my life – leaving home, missing home, missing people, the passing of a very close friend, falling in love – I instinctively put those emotions and thoughts into songs.

I decided to drop out of University and pursue music full-time because I realised that nothing else would inspire me in the same way. It’s tough world to be in, but I feel incredibly grateful to spend my days doing the thing I love most and can’t help myself doing. It’s a crazy thing!

When John Mayer says “I’ve got a hammer, and a heart of glass / I’ve gotta know right now, which walls to smash” in “War Of My Life”

Another favourite lyric of mine is from “Looking For Something” by Paolo Nutini. It goes “There’s my mother, like no other, made me human, made me brother / Hands would swell and they would blister for my sake and my sister”. My mum is someone who’s always been so supportive, especially when it comes to my music so I guess that’s why it resonates so much.

Also the line “Run you fingers through my soul” from the song “Place Your Hands On” by Reef. That’s another one that has always stuck in my head!

As for my own songs, I guess one of the lyrics I love most from the EP is from a song called “Joanna” – “She falls like snow, on a still winters day / She’s out of her mind in a beautiful way / She reminds me that I’m flesh and bone and we’re all the same / When she wants to be she’s crazy, but who isn’t anyway?”