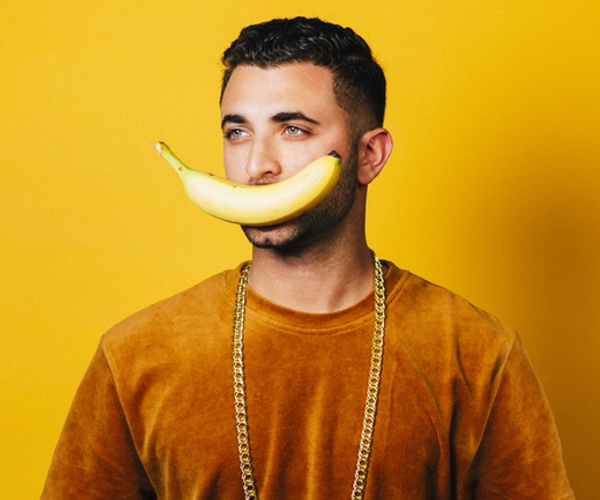 We love the creativity and people that live within nicopop.’s world. He’s worked with a couple of our featured artists Kyan Palmer and Ryen and consistently produces great music no matter who he works with. He’s one we can count on to fill our playlist and his chemistry with Kyan is off the charts. Look for more greatness from nicopop. in 2020. Check out what he had to say below and give him a follow on Instagram!

Tyler Mann and I wrote the song for a prominent DJ in 2014 and it floated around for years. The song got shelved but in 2018 we decided to revisit it and give it a face-lift. I’ve always really loved the song and knew that it had to be released one way or another. Tyler and I reproduced and re-recorded it about 4 times before landing on the version you can hear today. To this day it is still one of my favorite songs, the lyrics give me chills every time I read them.

When I first met Kyan Palmer we really had no big picture plan, we just started making music. We didn’t know if we were going to pitch the songs to other artists or release them ourselves but we had such a natural flow that we just kept creating. I think we had about 100 songs/ideas and went to grab a bite up the street on sunset plaza. After 2 mimosas we both agreed that we wanted to start releasing some of our favorites together as a collaboration. As soon as we are in the mindset of releasing, we started to think about singles: which ones would come first, what kind of cohesive sound we would be creating for the project and more importantly what were we missing. We called up one of our absolute favorite co-writers Rachel West, and hopped in the studio. I remember creating the baseline and drums for the the track first then we just started building it piece by piece. As I was producing Kyan and Rachel were singing melody ideas and we immediately landed on the melody for the chorus. It happened so fast! We then began playing with lyrical ideas and called the song “Antisocial Socialites”. As soon as we sang the chorus one time through with the lyrics we knew it was right and went full speed ahead working on the rest of the song. It was one of the most fun studio experiences as we were all sitting on the floor with glasses of white wine, I’ll never forget that night.

Your most interesting/favorite collaborations to date?

I am so lucky that I have the opportunity to meet such incredibly talented and cool people almost everyday working in the studio. The truth is, I really don’t know how the day is going to go but I can confidently say I’ve never really had a “bad session”. I think it always starts out with some form of conversation and getting to know each other, and then once I assess the vibe I have some sort of idea as to where we should go sonically. Almost everyone I work with is cool and down to earth and brings something fresh and unique to the table. collaborating with people in the studio is more or less going on a date, either its working or its not. Two writers that I’ve been working with a lot lately are Maylyn and Jbach. These two are going to be penning hits real soon!

What do you want fans to take from your music and who you are as an artist/producer?

I want people listening to my music to have fun. I want them to dance, laugh, do crazy s**t and be the most confident and outrageous version of themselves.

At this point I have so much music locked away that I plan on putting out as much music as I can all throughout 2020. My goal is to release and not stop! I have SO many cool collaborations with all sorts of artists in the works. I am beyond excited for this year!

Music has always been a huge part of my life. Ever since I was 5 and got my first Now 1 CD I knew I wanted to create. My parents gifted me the family laptop when I was in middle school and I dove into the world of music production. I would stay up ALL NIGHT almost every night making beats and demos. Music is pure emotion whether it’s happy, aggressive, relaxing or contemplative and it has helped me appreciate all that there is in life. I feel so grateful to be able to pursue my passion everyday and hopefully affect people the way I was and still am affected by music. I also want to say thank you for allowing me to talk about my experience and connect with other listeners and creators out there. I appreciate this experience more than anyone could know!

“In dearth or in excess

Both the slave and the empress

Will return to the dirt, I guess

Naked as when they came”