INTRODUCING NXTSTYLE’S 'SONGS OF THE SUMMER,' HIGHLIGHTING OUR FAVORITE TRACKS WE'VE DISCOVERED THIS SUMMER. OVER 70 SONGS FROM NEW AND INDEPENDENT ARTISTS FORM OUR SUMMER 2020 SOUNDTRACK. TODAY WE FEATURE THE HAUNT. THE BROTHER/SISTER DUO HAS HAD SEVERAL SINGLES THAT REALLY CAUGHT OUR ATTENTION THIS YEAR ESPECIALLY THEIR LATEST WHICH CAME THIS SUMMER. THEY’RE MAKING MUSIC LIKE TRUE ROCKSTARS AND WE’RE EXCITED FOR THEIR UPCOMING EP. TAKE A LOOK AS THE HAUNT DETAILS MORE IN OUR FEATURED INTERVIEW.

Your latest single “Brag About” is an absolute gem of a song. There’s so much conviction in your performance it actually gave me goosebumps. Take us through the process of creating the single and what made this song special to release.

Thank you so much! We really put everything we had into making this EP, so we love hearing feedback like that, it means to the world to us. “Brag About” is special to us because it’s the first song we wrote away on tour. We think it really captures all the weird, amazing, and exciting feelings that happen while on tour. We recorded this song, and the EP out in Phoenix with Matt Good. Working with someone who’s produced some of our favorite bands like Asking Alexandria and Sleeping with Sirens was an absolute trip, and watching Matt produce was insane, he’s crazy talented.

I can definitely see this single featured in a TV commercial at the very least. If you had a choice what would be the ultimate sync placement for “Brag About”?

We love hearing our favorite songs in movies or TV shows, so I guess we’d probably want the same for “Brag About”. We’d love to see it featured on a movie soundtrack, or in a TV show like Peaky Blinders or American Horror Story… but we’re going pretty biased cause we love those shows.

``BRAG ABOUT`` NXTSTYLE'S 'SONGS OF THE SUMMER'

It feels you guys know your sound and you’re really connected on all fronts. Talk about your chemistry as a band and how you feel about the direction of your music.

We spend a lot of time together even when we’re not working on music (which is rare lol), and I think that really helps with our chemistry as a band. Being around each other so much also keeps our music taste and vision for the band lined up with each other. I think we’ve got a really great thing going, and this EP is the most locked in we’ve ever been, musically and as friends.

In The NEXT 100 you told us you’d love to collaborate with Remington Leith. Once live events are back on who would you most love to tour with?

It’ll be hard to top touring with Palaye, but if they’re disqualified, then we’d love to tour with Twenty-One Pilots or Royal Blood. Those are two of our favorite bands, it would be a dream come true to tour with either one… If the world ever goes back to normal lol.

As we deal with one of the most challenging years as a society, do you find the major events of this year have changed your perspective on life and relationships? Has it played an influence on your songwriting?

It definitely has, this year has been hard for everybody. It made us focus on some of the bigger issues that we saw in society, which helped us find the focus of our new EP, Social Intercourse. We saw that people are usually too busy talking about how they feel, and almost never care about what the people around them feel. We’ve noticed that our culture lacks real, back-and-forth conversations that involve saying what we really mean, and listening to how others really feel. Everyone is too concerned with saying what other people wanna hear, and almost never worried about saying what they actually mean.

We’ve been writing and making new music like crazy people. We found that, in times like these, we needed to find something we really loved doing and use it like a therapeutic experience. It’s important to stay focused on things that make us happy, even if we feel lost. Max and Nick have also found a second passion in ping pong, they never stop playing LOL.

With more down time this year due to the pandemic, people have placed their energy on things they previously didn't have time to focus on. What is something you’ve been able to connect with that you wouldn’t normally have time for or even think about?

We’ve been able to set more time aside for connecting with fans, even though we’ve still been super busy throughout the pandemic. The shutdown gave us a little bit more time to sit and talk with everyone who listens to us through DM and on Instagram Live.

We have PLENTY of new music on the way that we can’t wait to share with everyone! Expect that, a bunch of streamed concerts, and tons of new videos! If you want to be first to know about everything, make sure to follow our socials @WeAreTheHaunt on IG, Twitter, and Facebook!

We’ve recently worked with 360 Changes Direction, a foundation started by Talinda Bennington, the late Chester Bennington’s wife. It’s an amazing organization created in honor of Chester, focused on helping people who struggle with mental illness and addiction. We were featured on a track they put together to spread awareness called “It’s Gonna Be Okay”, which is exclusively on Alt Press if you wanna check it out! The work they’re doing is incredible and we think everyone should check them out and hear what they have to say.

THE HAUNT's Top 5 songs this summer:

The Haunt’s ‘Firsts and Favorites’

First concert: When we were kids, we both saw the Plain White T’s live at a free show (which had more of an influence on our lives than any of us thought) … But as far as first concerts we paid to go to, Max’s first was Nine Inch Nails, and mine was Jack White.

Max: Either “Elephant” by The White Stripes, or “American Idiot” by Green Day. I’ve been listening to both since I was a little kid. They shaped my music taste.

First song you fell in love with: Anastasia: “I’ll Be Seeing You” by Billie Holiday or “Back to Black” by Amy Winehouse

Max: “There’s No Home for You Here” by The White Stripes.

Max: Weezer/ Panic! at the Disco… What a crazy tour, seriously that show was insane.

First performance: The first time we performed together was at a coffee shop in Delray Beach, Florida called The Coffee Spot. It was an open mic, and we played as a two-piece. I think we played for about 10 minutes and I don’t remember what we played, but I know “Seven Nation Army” was in there for sure lol

Favorite non-music app: Anastasia: I guess I would have to say Instagram because that’s the way I connect most with my fans.

Max: I love Adobe Illustrator Draw. They have to pull me away from drawing when we’re on the road because I just put headphones in and zone out for hours. 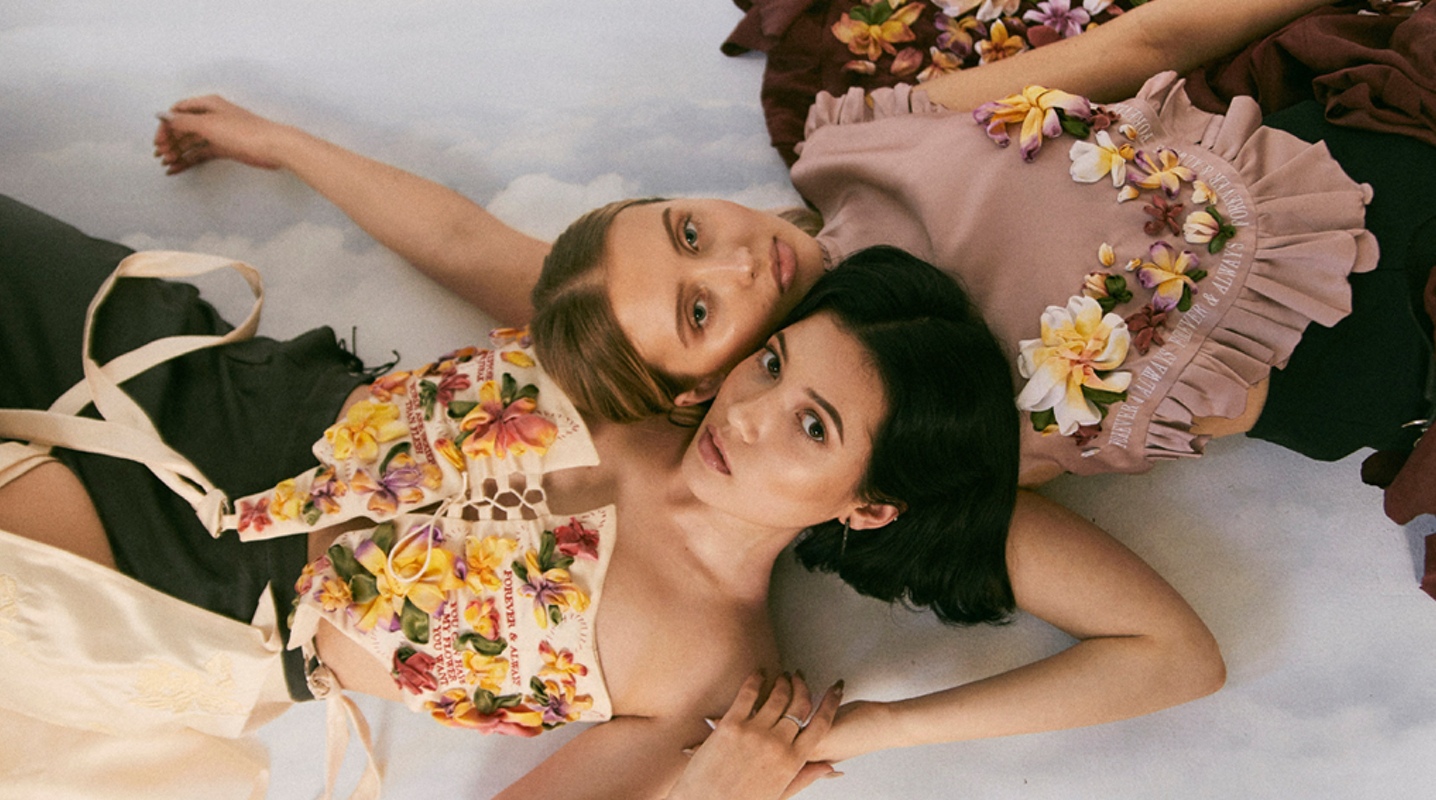