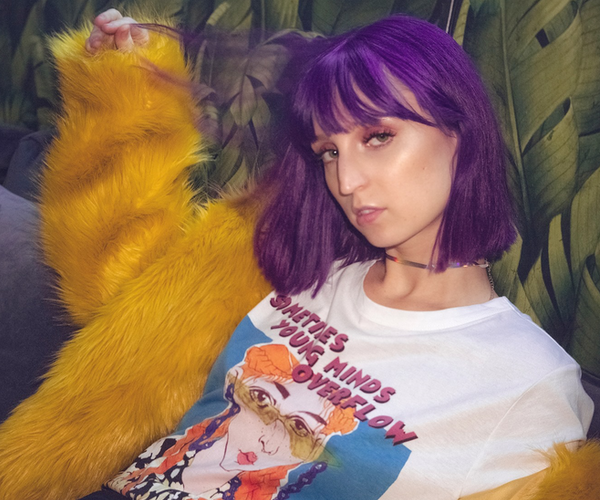 One of our favorite Pop songs of 2019 comes from L.A.-based singer, songwriter, and producer she nova with her catchy Electro Pop single “Bubble”. We had a chance to talk with she nova to find out what her plans are in 2020 in a preview of our video coverage coming soon!

An interview with she nova

“I want my music to liberate my fans I want my fans to feel like it’s okay to be going through dark ish and think weird thoughts and be awkward. I think it’s starting to become okay and normal to be weird it’s a little bit more acceptable now but specifically in social situations with me I always I get a lot of anxiety so music is my safe place and I want to create that space for my fans. We’re called “The Weirdo Crew” and I have made true friends and amazing fans that actually get me I feel like got for the first time in my life I feel seen and understood and that’s something I’ve struggled with for a long time so if music can do that for me maybe you can do that for someone else”

“2020 is going to be my year. It’s freaking crazy I’m going on tour from January to April. I’m doing a US tour I’ve got 17 or 18 confirmed dates now totally self-booked. I’m just a hustler and because of my weirdo crew I’m able to go out and see them. I think it gave me some confidence knowing that I know people in the places that I’m going fans and and friends that I’ve made from from the weirdo crew and yeah you know doing that couch surfing life. It’s my first tour and after that we’re working on Europe and Canada and Australia and all this crazy stuff yeah it’s a very cool time for me cuz I’ve never been on tour so I’m really excited.

I’m producing more than ever. I’m writing more than ever and I share this process live on stream on Twitch you can catch me there a couple times a week two or three times a week sometimes four but yeah I think that is what’s to be expected this year lots of music lots of streaming and seeing you guys in your hometowns I’m so excited okay!”

“Billy Eilish and her brother are killing it. I love what they’re doing I think they’re making bedroom pop a thing and I love it. It’s like so ghetto and grunge and simplistic it’s like minimal epicism I don’t know I love what they’re doing. I also love blackbear’s ‘do re mi’. That song is brilliant. I love that song. It’s like a screw you girl song in a nursery rhyme anyways yeah that’s what I’m listening to right now.”