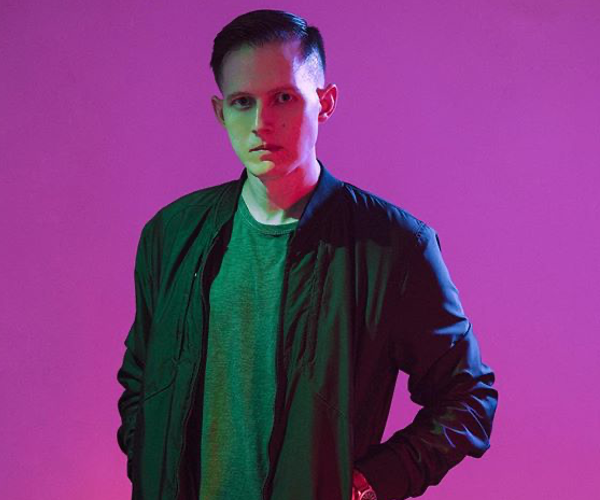 Sam Smyers is one of our favorite producers of 2019. With huge favorites like “Friends”, “Heavy”, and “Bailar” he’s shown how versatile of a producer he can be. We had a chance to talk to Sam about his music and what’s ahead for him in 2020.

An interview with Sam Smyers

I had this piano loop that I just loved. I spent about a week trying different ideas and finally after multiple versions I had a vibe that I liked. It had this indie pop and modern feel that just felt right.

I was able to use some 80’s sounding synths and made this quirky mellotron lead melody. I reached out to Anja Kotar and she loved the idea.

She sent me some voice memos of her singing some ideas while playing piano which I thought were really great. We worked on the lyrics and sent ideas back and forth until we had something we loved.

Anja then recorded the vocals and sent them to me to edit and mix. I found out later through one of her Instagram stories that the song was inspired by Jim and Pam of The Office.

I recorded this guitar melody and built a track around it that had a bit of a Latin / tropical vibe.

I invited two songwriters, one of which was the vocalist, over to my place in Santa Monica, California to help me write the song. The vocalist started writing this idea that was raw and a little dirty haha but I was just like, “yea if you’re comfortable singing that let’s go for it.”

I then recorded the vocalist and began working on the track. I felt like it needed some more of a Latin vibe so I enlisted a co-producer named Ofo Barher out of Mexico to help me finish the track. He knocked it out of the park.

Is there a song of yours you connected with the most in 2019? Have you learned anything about yourself through though the process?

I had this song called “Nobody Listening” featuring Lizzy Land on vocals come out this year. I had always been a fan of Lizzy Land and have been sending her demos for a few years.

She finally recorded an idea to one of my demos. The song was great but the track itself needed work. I re-produced the song and gave it this 90’s house vibe. Once the song was released, I sent the song to shuffle dancers and began seeing a bunch of dancers posting videos of themselves dancing to the song on Instagram. That was really great to see.

In 2019 I learned how to be faster at producing and releasing songs. I released a song almost every month in 2019 and that was because I was constantly working on my music almost every day, even if it was only for 30 minutes or an hour.

I also experimented with Latin music and released four songs which were in Spanish. My song “Bailar” featuring RYEN was featured on official Spotify playlists such as New Music Friday Latin. That gave me the confidence to work more in the Latin music space.

My music video for my song “Motion” got accepted to the Austin Music Video Festival in Austin, Texas. I recently attended the festival to screen the video and had the opportunity to discuss the video on stage in front of the participants. Sharing my experience with others felt very meaningful and I would like to find more ways to talk to others about my experiences in the music industry.

I would generally define my music as “feel good” music. I try to make music that people would want to listen to in the car, sing-along with, and dance to. I think that we go through a lot of pain in real life and so we are constantly seeking escape through art, whether that be theater, dance, film, or music.

Currently, I have more Latin music releases planned, as well as some more songs with previous collaborators.

Well, my #1 would be Diplo because he dabbles in just about every genre.

He’s got Major Lazer which is making waves in Latin music, recently released a House music EP called Higher Ground along with his House music project Silk City with Mark Ronson, is doing Country, and has LSD with Labrinth and Sia making Beatles-inspired indie pop.

Music is the one constant thing that I gravitate to. It always inspires me and always makes me want to create it. The idea of being a creator of art is so appealing to me.

I’d rather be the artist on stage than in the crowd, the painter whose painting people are looking at, or the director whose film people are watching.

I think that music as an art can’t be thought of in isolation of other artforms. If you are a musician, you are usually pretty good at some other form of art as well.

My first instrument was the viola, and then when I moved to Dallas, Texas, I began learning the guitar. I was classically-trained and was really into jazz. I had an indie-rock band in high school and that was the tipping point for me wanting to do music all my life.

A favorite quote or line in a song that you really connect with:

“You can be the ripest, juiciest peach in the world, and there’s still going to be somebody who hates peaches.” – Dita Von Teese