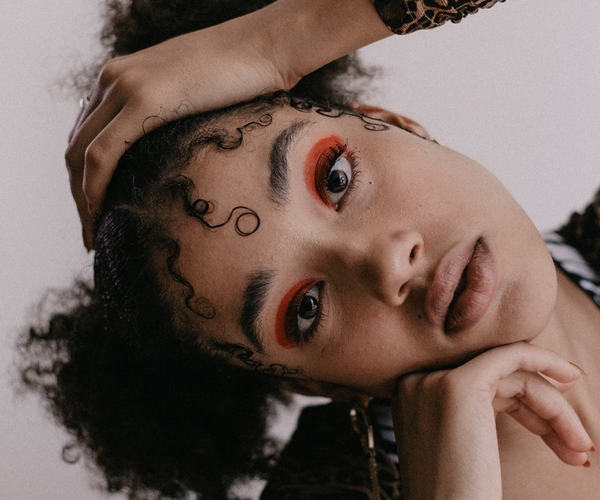 Phé captivated us in 2018 with her single “Incredible” off EP Crisis and we’ve grown to love her even more with her brand new upbeat Pop/Soul single “wtv, it’s cool”. Read below as Phé talks about her current music, plans for 2020, and much more!

An interview with Phé

“wtv, it’s cool” is about my experience upon moving to LA — the transitions and changes I was seeing in my personal relationships and the community around me, and the struggles I faced within those transitions. For the music video, we wanted to expand on that idea even more, and so we chose to open up a space for dialogue around the role and effects of social media on our personal relationships as Millennials. While this was something I was experiencing really intensely at the time we also felt like this was something that a lot of young people would be able to identify with, as social media really has changed the way our real-life relationships operate.

The whole concept actually came to me as a visual idea before it was ever a song. I had this really vivid visual of me dancing around a colorfully lit apartment in my underwear, surrounded by balloon headed people frozen in a sort of party scene, accompanied by this lyrical idea along the lines of “I don’t got friends no more, they’ve got lovers and ex’s, loud sex and messes, and I’m just here dancing alone.” I wrote this all down in my notes on my phone and tried to write the song in couple of different sessions, but it just wasn’t coming out the way I wanted.

Then one day I had a session with a friend of mine, named Noé and a producer named Todd Spadafore, and I brought this idea to them to see if it was a concept that they would be interested in exploring. And everything really just flowed together! We came out of the session that day with the first draft of the song and I was hooked. I then took it to my partner, who I also work on music with, and we finished off the production together.

What inspired the creation of the 'Crisis' EP?

‘CRISIS’ is definitely my baby, in the sense that it’s the first project I ever wrote with the intention of releasing it as an independent artist. Each song came together in a different way at different times over a two year period, but I just sort of knew that they were meant to be in a project together.

The project explores my first experience with falling in love and going through heartbreak, taking a look at the different spaces I found myself in throughout the journey. It was my way of trying to understand the things I was going through, as well as a tool through which I was able to examine myself and heal the parts that were hurting of holding on to pain and resentment.

It’s my hope that listeners can use my music to find some peace and understanding within themselves. Music has this beautiful ability to help us heal and allow us to feel seen/heard in our daily experiences and emotions, and that’s really what I wish for my music to do for others.

I will definitely be releasing more music in 2020! It’s my hope to explore a little further outside of R&B and really just have fun with making music. I also would love to go on some sort of tour but do not have any plans laid down for that as of right now, so we will see what happens. But that’s a goal for sure!

I’ve been listening to a lot of music from the 70 – 90s these days — Fleetwood Mac, Dolly Parton, Elton John, Radiohead, Bill Withers, Aretha Franklin, the whole Motown fam etc — so I haven’t actually been doing a very good job of keeping up with the new music that’s been coming out. I’ve just been finding that I’ve needed a bit of space from whats going on in music right now to clear my head a bit. But one artist who I have been listening to non-stop is Harry Styles. I’m REALLLY liking the direction he’s going in.

Ouuu so many people honestly. But, I’m at a place where I’m just happy working with people that I love and feel some sort of connection with, rather than worrying about trying to work with people because of what they’ve done or who they “are”. Creating music can be such a vulnerable experience, and the process means so much more ( to me) when working with people who I truly trust and who just want to make music that feels good. I just want to bring the joy back into the creation process, and for me, that means making music for the music, not for the streams or likes or attention.

But the artists and producers that I do find myself drawn to are the ones that are pushing boundaries, whose work encourages people to think and feel things that they wouldn’t typically face on their own, and whose art or voice extends beyond just music.

To me, music really is connection and communication. It allows us to be a part of a community and experience from anywhere in the world. It helps people to feel seen, heard, and understood, lending them the words that they may not have been able to find on their own. It’s the soundtrack to our best and most painful memories. And, when put in a live setting, it brings people from all walks of life together into a shared space because, despite their differences, everyone identified with something in the music. I think that’s pretty incredible.

I’ve been listening to this song a lot lately, and it’s really been resonating with me as the whole idea of it has been something that I’ve been trying to work on this year. The idea of just doing and showing rather than talking (about things). It’s so easy to get caught up in dreaming about things and setting intentions, rather than taking actionable steps towards making those things a reality — whether that be because of fear, or a scarcity mindset, or the inability to let go of things that are no longer serving you.