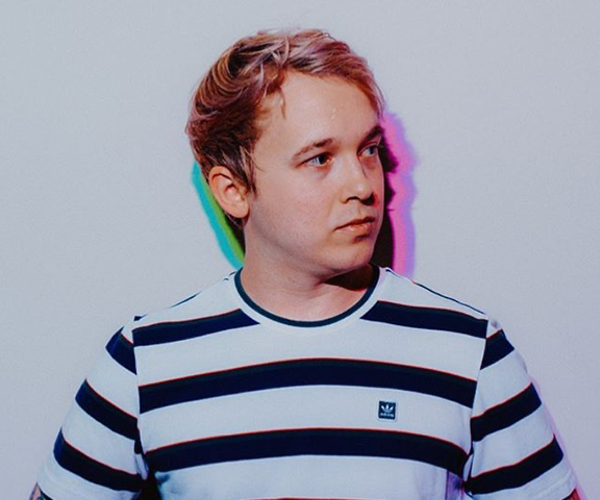 As fans of Soul music “Over It” by producers Mal Compris (Kyle Kanzigg, Jeff Valentine) and singer/songwriter La Poré has become one of our favorite songs of 2019. Such a great collaboration and it looks like much more is ahead for Mal Compris. Read our interview with Kyle below to find out what’s next!

An interview with Mal Compris

How did ``Over It`` come together?

“Over It” was a really special song. It was the song that really made me want to start my project Mal Compris. I work for other artists as a guitar/synth tech and in March of 2018 I was out in LA working for an artist. I was going through this huge transformative period where I noticed I was looking at the world differently, thinking differently, and really craved having more of a positive lifestyle. We had a day off so I decided to take what I was feeling and have that feeling inspire a beat. Once I got home I pitched the idea of starting a music project to Jeff Valentine (I See Stars). Jeff is one of my longest friendships from the road and was the first person I worked for as a guitar tech. We had been making beats together for a few years but we never did anything with the previous beats. Now looking back on it, all those beats were more so us developing a unique sound for what would become Mal Compris. Unlike the previous beats we made, the beat for “Over It” felt different. The opening chords really set the mood, the verse is subtle, the pre chorus introduces new elements that transition well into the chorus, and the chorus has a nice dance beat with ambient indie rock elements that you can’t help but to dance to.

Jeff was really into the idea of us starting this project but we needed a vocalist. So from there we decided it would be a producer project and we would just approach various artist who we think could execute the missing puzzle piece. At this point I had just started producing with La Poré. He has an incredible voice and is a very talented writer. I asked him if we would be interested in doing the collaboration with us. He was into the idea so we started writing the lyrics.

I wanted to keep the lyrics about the same feeling of craving a positive lifestyle. At that time I was single so I was going out a lot, meeting new people, drinking, and dabbling a little bit with drugs. I would do this almost every night but once I got home for the night I would be so bothered. One, getting trashed wasn’t fun anymore and two, I just couldn’t stand the whole shallow socializing aspect of going out. You run into/meet new people who think they are the greatest thing to happen to the planet earth, only want to hang out with you because of something you’ve done thats cool not based on who you are as an actual person, and people who pretend they care about you but the reality of it is if you needed them on a more emotional level for support they just wouldn’t be there. And from that sequence of thoughts “Over It” became a song.

From that moment I really took producing seriously and gradually stepped into the lifestyle I craved.

This is a question I asked myself when I started Mal Compris. I wanted to make a music project that had meaning. I always make my beats based on how I’m feeling. I feel emotions and thoughts very intensely sometimes to the point to where I go paralyzed mentally and I’m no longer present in the room. These emotions and thoughts can be about anything. Empathy for people in the world who are enduring messed up things and wishing there was something I could do that would magically make the world a better place, obsessing over songs to the point to where I work on a beat for 14 hours a day and then don’t sleep that night because I’m thinking about how to sound design a new synth patch, wondering if I could do more for the people I love to show them how much I care, just all over the place constant intense thoughts and feelings. I’m also a very reserved person who doesn’t always express those feelings and thoughts and I’ve always hated this about myself simply because I feel like society tells you to suppress those feelings. But as I’ve become an adult I’ve really learned to love that about myself. So i figured i could start talking about it in my music.

So from that I created my slogan “Music to help you sort your feelings” and with every song I try to make sure the meaning is straight forward and relatable to where any listener can put themselves into the story and from that story remind them that it’s okay to feel intense emotion that is hard to deal with.

2020 you will see a lot of new music, Mal Compris singles and other singles that I’ve produced outside of Mal Compris. The one thing I’m excited about is expanding Mal Compris. Mal Compris isn’t a project that I’m the face of and is all about my beats. I would love for it to turn into more of a collective where it’s multiple producers and artists and it’s used as a creative outlet where they can be a little more out of the box and tap into more intellectual lyrical content. All in all, I just want to produce and write as much music as I can with various artists. I’ve recently added another producer Ari Blumer (Clubhouse) to Mal Compris. Ari and I have worked on a few songs together that should be released early 2020, and I’ve also been working with the singer of Captain Kidd, Nate Baumgard, on a few songs. I’m really proud of all the work that’s been done so far and can’t wait to get these songs mixed and released.

Lately I’ve been really into Electric Guest, Sasha Sloan, Kacey Musgraves, and Harry Styles. I’ve really been into modern production that is built around organic elements.

Lave. Lave is a local artist here in Columbus, OH. He is such a talented singer and writer. He has a lot of character and emotion in his voice. I’ve pitched the idea to him a few times but he is so casual about his music project. He’s one of those people that drops a new song once every 4 million years. But its always an instant bop.

My favorite overall lyrics from a song that I connect to is “Too Sad To Cry” by Sasha Sloan. I go through periods where I feel really low. When I first heard that song it spoke to me and took me back to that feeling. I’m really hard on myself during these lows and it was almost a reminder that it’s okay to feel that way from time to time. I would put a specific line that I connected with but every line was relatable.