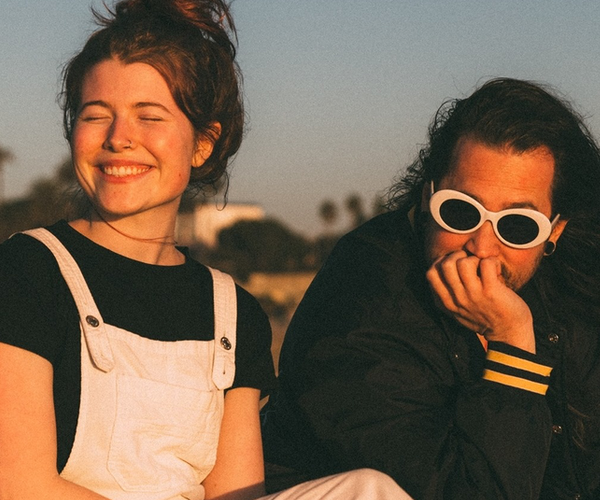 Denver-based duo Lucy Daydream has consistently been a favorite of ours. Every song they make is amazing. We had a chance to talk to Paige and Ross to learn more about the creation of their album ‘Awake and Dreaming’ and much more. Check out a preview of our video coverage below!

An interview with Lucy Daydream

How did ``Monsters`` come together?

“‘Monsters’ came about after Paige had a pretty bad night of sleep paralysis and hallucinations. Paige has had hallucinations since she was 10 (She is now 21) and this caused her to be very terrified of the dark and always feel so tired because of the lack of sleep. She would wake up 2-3 times a night shrilling to the point of her throat burning because she saw something moving around in her room. After one night, her mindset completely changed. She no longer wanted to live life in fear or let this control her. That’s all it took for these hallucinations to disperse and she’s rarely had them since. That is what really inspired the song ‘Monsters’. Ross had sent Paige quite a few demos that he had lying around and Paige went through them and found one that really clicked with the idea she had. Paige and Ross are the only people in Lucy Daydream and they have never worked with anyone else on any of their songs.”

What inspired the creation of 'Awake and Dreaming'?

“Creating the “Awake and Dreaming” album came very naturally. It was the first time Paige and Ross really started creating together. Ross had a lot of demos lying around, so Paige would go through them all, figure out which ones she really vibed with, then write to them. “Red” was one of the first songs they wrote together. Paige wrote a few words down like “red” and “blue” and that’s when Ross came up with the idea of “All my thoughts turn red”. Then it all flowed from there, and “Red” is what really caused them to start Lucy Daydream. “A Feeling With A View” was one of the second songs Paige wrote, then Ross helped iron out the lyrics and melodies and created what it is today. Before we knew it, they had an album and released a bunch of singles before dropping 3 new songs.

“Ross and Paige’s favorite songs from A&D are ‘Red’ because it’s the first song we wrote together and what started Lucy Daydream, and ‘Dizzy’ because it’s just so catchy and has a super fun, light feel to it.”

“Fans can expect Lucy Daydream to release lots of new music in 2020, definitely play shows/or do a tour, and release some merch!”

Music from new artists that Lucy Daydream love right now are The Weeknd “Blinding Lights,” Labrinth “Still Don’t Know My Name,” and all of Cigarettes After Sex songs!

“What music means to Lucy Daydream is that they can express themselves. If you want to talk about a breakup, an exciting moment, a fear, overcoming something. You can put all of this into a song and give it to the world and it will really connect to the people that need it.”