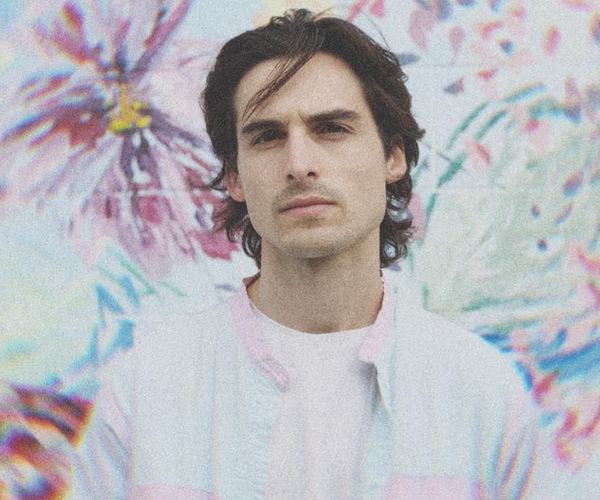 In 2019 we came across the amazing Mal Compris song “Over It” which featured singer/songwriter La Poré. We quickly learned how great of an artist La Poré was as he followed up with a single of his own titled “Green”. We had a chance to talk to him to find out more about his artistry and much more. Check it out!

An interview with La Poré

“Green” was not originally intended to be a La Poré song. My friend/co-writer/producer Kyle Kanzigg has released a couple of songs under his solo project, Mal Compris. The first rendition of the song was a Mal Compris track featuring La Poré on vocals. Kyle sat on the song for awhile and after a few months, he approached me about possibly re-working it as a La Poré release. We went back into the studio and began to develop the song further. We wanted to combine the original modern sound Kyle put together with the retro vibe I strive for with my La Poré material. I think both elements come through really nicely. We grew so much from that first demo to the final product we later released with Kisuné Musique. The song discusses the negative implications of failed communication in romantic relationships.

“Over It” did in fact start and end as a Mal Compris/La Poré collaboration. It was Kyle’s first release under Mal Compris, and the first track since my song “Missing It” almost a year prior, so it was a really exciting project to be apart of. It’s really where Kyle and I started to learn more about each other’s writing habits and where we began to gel as artists. He’s an amazing producer, writer and sound designer. The song deals with issues of social anxiety.

I enjoy experimenting with new sounds and approaches to song writing. I write a lot of instrumental music first, and when just the right chords come together, that often triggers an emotion and vocal melody. I’m an artist who writes and searches for inspiration viscerally. This experience then triggers a theme. Up to this point I’ve written a lot about Love and anxiety. I like to write about things that are close to me and things in the context of my everyday life.

I’ve never been more excited to release new material and 2020 will have a ton of it. I anticipate the first to release early winter, with consistent material lined up to take fans into the spring. I’ll be writing like a mad man in the mean time. I just moved to Los Angeles, so I’m putting together some of my first shows out West, which is super exciting. I’m also an actor, so 2020 will be an extremely busy year for both.

I have a tendency to obsess over one or two artists for a long time, while other really cool music is happening, so I’m committing myself to explore as much new material as often as I can in 2020. Right now I’ve been really into the new Porches track, “Rangerover” (he’s one of my favorite artists all around). Songs like “Juicy” and “Midnight” from Emmett Kai have been on rotation. The new Harry Styles record is really great, as well as Lana Del Rey’s most recent album.

If I could work with absolutely anyone, it would be Dev Hynes of Blood Orange. He is the ultimate composer in music today. He’s incredibly inspiring. Even spending 5 minutes with him would have such a positive impact on my music. I would just really be excited to see how his production work would lend to my material.

Music is everything to me. It’s all I’ve ever known coming from a family of musicians. I think most importantly, music allows me to express myself and speak my mind in ways that are sometimes difficult to do in my daily life.

“You don’t have to do it on your own.” (A lyric from a soon to be released track of mine)