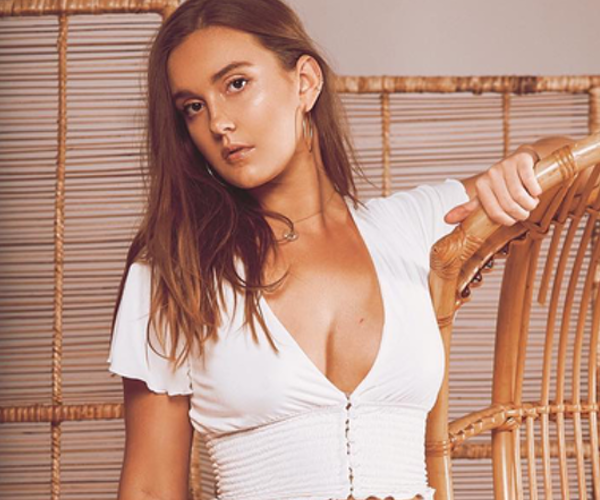 Virgina-based singer/songwriter Emma Remelle caught our attention in 2018 with her debut single “One Last Drink”. Fusing Pop, Folk, and Soul she’s created a unique brand of music that continues with her latest “What Are We”. Be sure to check out what she and fellow producer Jake Vicious have cooking up in 2020 in a preview below of our video coverage with Emma!

An interview with Emma Remelle

How did ``What Are We`` come together?

“So “What Are We” started, actually when I was learning a new cover that a friend had requested and I jokingly threw it into Snapchat and put it on like double “hipmunk” speed or whatever, and sent it to her as proof that it was in the works. After playing it back I was like this Loop sped up is like crazy insane, kind of intense, but let me see if I can throw it into logic and make a song out of it. So it started with that and then original guitar Loop and then I wanted to add some slight production to make sure that it would work and weave with the intensity of the loop. So after I sort of did a little slight demo in logic I then started on the lyrics and was trying to figure out what the overall story of the song was.”

“Obviously as a songwriter first, I always want the lyrics to really connect with the listener. But as I’ve tried to expand and learn more knowledge about production and study more producers and also play with different, maybe not so usual song structures, I think that I’ve really tried to recently have the lyrics and the production really create a vibe and a cohesive sound, to tell a story cohesively together, rather than just the words.”

“2020 is gonna have a lot more projects coming out. We already have a lot of tracks in the works for my first EP which is super exciting. I don’t have the name for it quite yet, but I’ll keep you posted. And also I want to do a lot more collabs. I think that as a creative it’s always a really good growing experience to be able to write with other people and just connect and bond over what we’re passionate about.”

“I love Banks a lot, Halsey is one of my biggest influences. Those two in particular were kind of for me when I started to realize that mainstream pop could actually have, like, substance and interesting production. So those were kind of the two artists that really like change the way I looked at songwriting a few years ago, so those will always be some of my number one girls. I’m also really nostalgic for like early 2000s pop, R&B. I recently rejuvenated my love for old school Nelly Furtado, I think that she’s such an underrated artist..And obviously paired with Timbaland, like that era of music was so good. Some old-school JT. So those are some of the references that I’ve been pulling from lately. And I cannot forget to mention Labyrinth because I’m super into all of the recent stuff he’s been doing.”

“If I’m dreaming real big- two of my favorite producers; Labyrinth as I mentioned and Flume…So, you know, if I was able to connect with some of those guys, that’d be cool. And I’d really like to start writing for other people other bigger artists, like Lennon Stella, Kacey Musgraves, even though she does not need any help! But but those are two of the biggest songwriters that I respect and I would love to be able to get in a writing room with.”

“Music has meant a lot to me from a super young age. I remember it kind of always having a pretty big impact on me. I would always be like singing dancing around the house, probably semi obnoxiously annoying my family, but I always knew that that was my main passion in life and that is what I wanted to do to have my little impact on the world, so I’m doing it.”