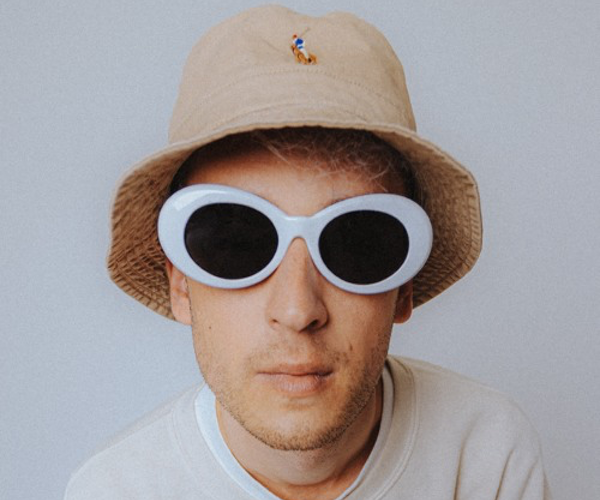 We’ve known of producer Embody since 2016 when he released “Dreamin'” with Camden Cox. He’s one of those producers you can rely on to fill your playlist, and that he has. From his EPs ‘Lost & Found’ and ‘Loosing Sleep’ to most recent singles “I Miss You” and “Young Hearts” he’s become one of our favorites to cover. Check out our interview with Embody to find out what to expect in 2020 and much more!

An interview with Embody

I had this idea to make a song based on a vibe of some old Enigma tracks. World music inspired sounds/vocals with modern beats. Everything started with the guitar chords that I played in my DAW. I added my vocal I had previously recorded in my Voice Memos and that became a hook for the drop. (I actually kept my voice from iPhone recording on the drop in the final production). A few weeks later I had a session with Amber van Day and Joe Killington. I showed them the demo instrumental, they loved it and we wrote the whole track in a few hours. I like my songs to be positive and optimistic, so we came up with this concept about never growing old. That it would inspire others to live their lives without any regrets. It took me a while to finish up the final production of the track, though. One day I was watching Ed Sheeran’s  “Songwriter” documentary. Specifically, the moment they were recording strings for “Galway Girl”. And it dawned on me what “Young Hearts” was missing – an Irish Fiddle! So I arranged the string section and sent it to a fiddle player to record the real strings. And that was all it needed for the track come alive.

“I Miss You” was quite a similar process as “Young Hearts”. I had this instrumental that I was trying around with different top-lines, but nothing was cool enough. Then one day I had a session with Sorana. I showed her the instrumental, she liked it and we wrote the track in like an hour. I love quick sessions, because you don’t have time for overthinking. Same with the production. I usually do everything as fast as possible, so I would not start pondering on things.

For me the most important part is that my music would create some kind of emotions for people. That it would make them feel good, feel sad, optimistic, inspired and so on. That it would connect with certain moments of their lives. Like I feel while listening to certain songs from other artists.

And as an artist – I want people to understand that I could never do the same things on and on. I love constant change. For me as an artist evolution is inevitable. That’s what keeps me curious. Exploring new sounds, new territories is one of the most important things for me to keep the inspiration flowing. So I’m really grateful for my fans for understanding this and keeping up with my evolution.

2020 is going to be another year of evolution and change. I have a few upcoming singles that are a bit different from what my current songs sound like. And I’m really excited for people to hear them. To be honest, every time I release something different it gives me a bit of a thrill. Because I don’t know how people will react to it.

Love the new Kanye album ‘Jesus Is King’. Always loved Kanye for his versatility and for pushing the boundaries as an artist. The new Harry Styles album ‘Fine Line’ is super cool too. I love that he really evolved as a real artist since he left the band. It must be such a challenge to find your own voice after such a big success. Cashmere Cat new album ‘Princess Catgirl’ is awesome too. He’s got amazing sound design skills. Super inspiring.

The best thing that I recently discovered – listening to ambient music while flying. I have this Spotify playlist with a lot of ambient, chill tracks or even music from Vangelis and Hans Zimmer from old and new Blade Runner movies. It’s such a cool “experience”. Maybe I should share that playlist with people so that they could do the same thing while flying.

There are a lot of singers that I would love to collaborate with. But I’m always looking for new, upcoming/yet undiscovered talents. That makes me really happy, presenting these rough diamonds to the world.

My both parents are musicians so I was surrounded by music since the day I was born. It’s my hobby and my work now. I would say it’s quite a big part of my life. I would not say that I’m super particular with choosing what I want to listen to though. But I try to listen to as much new music as I can. As I really like the surprise element and constantly discovering something new. And Spotify is amazing for this purpose.

I love it when you can read between the lines in lyrics. When the song has more angles and when listener can adjust the lyric to their own life moments etc.

One of my favourite songs is written by Ed Sheeran and Benny Blanco for Justin Bieber “Love Yourself”. All the lyrics are great in that song, but a few lines in particular are so cool to me.

The first is: ”My mama don’t like you and she likes everyone”. Love this!

And of course the way they wrote the main hook line is genius. As I’m not the biggest fan of swearing in beautiful songs like this: