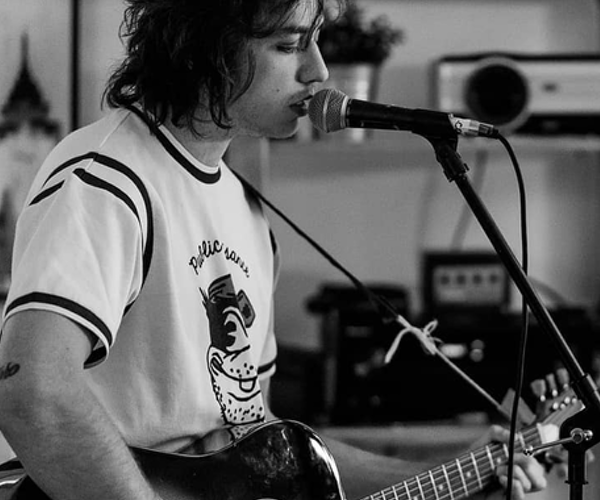 As Was is as versatile and authentic as it gets. He sings, he raps, he writes, he produces and pours his soul into his music. There’s plenty of proof in his album ‘Good Mood’ as well as his latest work. We had a chance to talk to him about life and more. Check out the interview below and our in-depth interview with the artist from August 2018.

An interview with As Was

“Holding On Aka Summer”

On “Holding On Aka Summer”: Ah yes. “Holding On Aka Summer” came together after this past Summer. It’s mainly about me not wanting to let go of the heat, the warm hot sun. The memories, the love that won’t stick no matter what, no matter how. The realization that this is now, and the next is probably not what you thought would be, but you sort of find peace with “it” the moment. Holding on to everything that dismantles you and breaks you down to create, the next YOU.

My Bestfriend died. So, of course, I took time away from not only music but everything. When I came back, I heard something nice, something that could maybe be our anthem. So, I wrote a song called “Swigs” that described roughly, my relationship with this person who I love that moved on. It’s these pep talks, that I miss and have been missing. At the end of the night, he’d usually drive me home and walk me up the apt. stairs to my living room couch. Then he would talk me out of bull-shit, hate, suicide, it would be quite dramatic. Then he would drive home. He was and still is my angel. I miss him dearly. I’ll write more song’s about him for sure.

Shit man, honestly, I really want people to take exactly what they want from what I make. In the end, isn’t that what matters? My music, maybe I pray, could drive someone far from the edge or from a dark reality of the life that continues to unfold, in front of everyone’s eyes… People can sense this stuff, the hardships and wishing to go. So if you hear a line a certain way, then you’re probably right. Do you want the real answer? There is none.

This will be an interesting year. I have a feeling. It’s a good feeling.

Arcade Fire is outta this world. Also, I have been listening to a lot of new Bon Iver as well as NoMBe and Milky Chance. Frank Ocean takes it home for me. His lyrics are something else.